After 47 years of European membership the UK officially left the EU on January 31, 2020. At the end of 2020 the union will lose one of the top three contributors to its total budget. After Brexit the number of EU citizens has decreased by 66 million people and its territory shrunk by 5.5%. According to the agreement reached so far between London and Brussels, EU citizens living in the UK must register to keep their rights to live and work in the UK. According to British Ambassador to Bulgaria, Emma Hopkins, by the end of 2020 every Bulgarian can settle in the United Kingdom and has the right to receive settled status. Starting on January 1, 2021, when the new immigration rules will be introduced, the stay of tourists in the UK should not be longer than 90 days. When it comes to British citizens who have chosen to live in other EU countries, procedures are different depending on the country where they are located. According to Ambassador Hopkins, there are 10,500 British citizens who have registered and want to stay in Bulgaria.

A conversation with an Englishman and a Scotsman who have chosen to live in Bulgaria shows that for both of them Brexit is something that should not have happened. They hope that during the transition period everything would remain the way it was before, but it is not clearly known what would happen next. Scotsman David Devine is a teacher for whom ability to travel is important.

He does not know whether he would need new documents to continue his life from now on as negotiations concerning the British living on the territory of EU countries are still ongoing.

Since he started living in Bulgaria, David has also been paying for his health insurance. So far, he has needed to use the health care system in this country just once. In a football game he broke his collarbone and had to visit a hospital. Surgery was not required and his hospital stay was practically free. The question of changes when it comes to healthcare for British citizens in Bulgaria after Brexit also remains unanswered.

Englishman Nigel Hutchins, who makes souvenirs, thinks that the documents he would need for his business after Brexit would be similar to those he needed before Bulgaria joined the EU. He has been living in Bulgaria for 24 years because his wife is Bulgarian and his favorite place is the capital city of Sofia:

Nigel firmly says he is not planning to return to the UK and will stay in Bulgaria after Brexit. 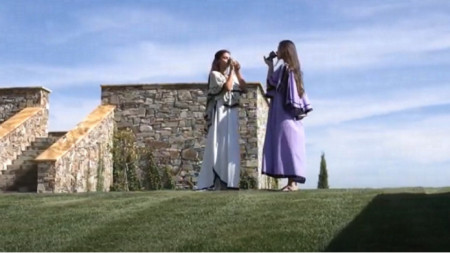 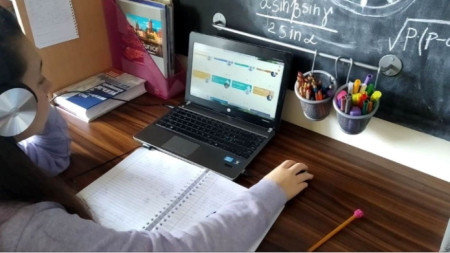 Today's world is inextricably linked to technology and more and more children are spending time in front of electronic devices, whether they use them for learning or entertainment. This is also shown by statistics in Bulgaria, as data for the.. Today's world is inextricably linked to technology and more and more children are spending time in front of electronic devices, whether they use..

Quite a few pages from the rich history of the oldest electronic media in this country have stored information about broadcasting specialized..