On January 13, we mark 143 years since the birth of Bulgaria’s great poet Peyo Yavorov whose life and work are closely connected with the liberation movement Internal Adrianople Revolutionary Organization in Macedonia. Yavorov was born in 1878 in the town of Chirpan (Central South Bulgaria). At the age of seventeen, like an entire generation of Bulgarians born shortly before and after the Liberation of Bulgaria in 1878, Peyo was obsessed with the idea of liberating Bulgarian land in Macedonia, which remained part of the Ottoman Empire under the Treaty of Berlin of July 13, 1878. It was the aspiration for unification of his fragmented homeland that made Yavorov join the Internal Macedonian-Adrianople Revolutionary Organization in 1897.

Peyo Yavorov was editor of various publications of the Internal Macedonian-Adrianople Revolutionary Organization. He became one of Gotse Delchev's closest comrades and his first biographer.

During the Balkan Wars, Yavorov volunteered in a Macedonia-Edirne military unit. In 1912, Peyo Yavorov, together with Hristo Chernopeev, Mihail Chakov and Yonko Vaptsarov, conquered the town of Kavala without a single bullet being fired. Yavorov's work and poetry are imbued with tragic lyricism caused by his dramatic life.

However, Yavorov is remembered for the finesse of his love poetry. Most of his masterpieces were written in Nancy, France in 1906-1907, in letters to Mina Todorova, the poet's second great love and inspiration. Literary critics often compare Yavorov to Charles Baudelaire because of the strong emotions the French poet puts into his poems. Others find Paul Verlaine's finesse in his lyrics, but there is no trace of imitation in Yavorov’s poetry.

On January 18, 1856 Rayna Popgeorgieva was born in the town of Panagyurishte. Known by the nickname "Rayna Knyaginya" (Rayna the Princess), she was a Bulgarian teacher and a midwife who sewed the main insurgent flag of the Panagyurishte Revolutionary.. 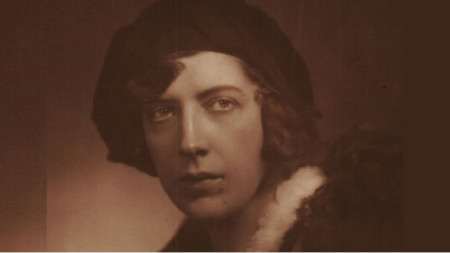 Writer Anna Kamenova was born just six years before the end of the revolutionary 19 th century – enough to inspire in her a fighting spirit and love of country which accompanied her to her dying breath. Born in 1894 in Plovdiv,.. 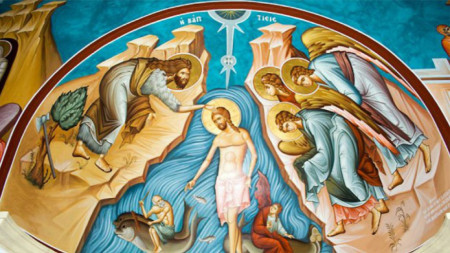 A great feast of the Lord, celebrated since the 2 nd century AD, until the 4 th century the church celebrated it together with the Nativity of Christ, and the common holiday was called Epiphany. Later, it becamse customary to celebrate..

On January 18, 1856 Rayna Popgeorgieva was born in the town of Panagyurishte. Known by the nickname "Rayna Knyaginya" (Rayna the Princess), she was a..