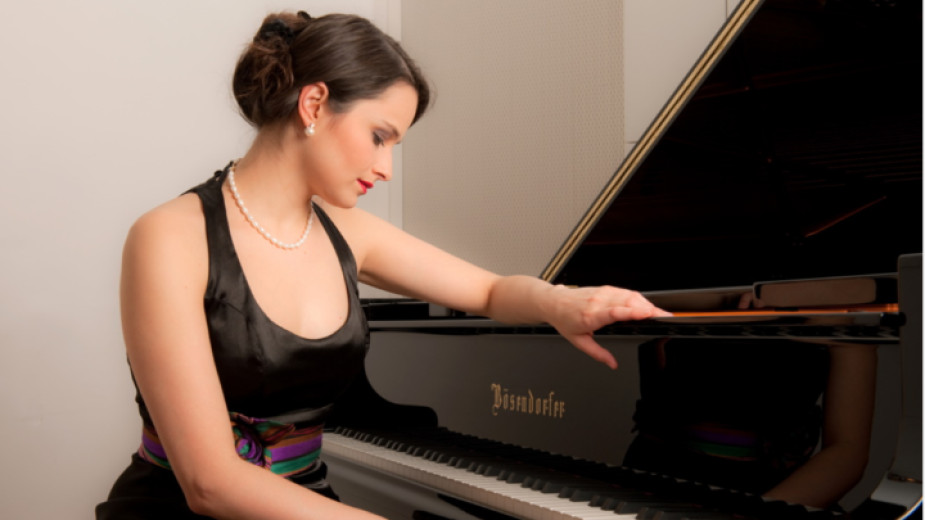 On 26 February at 8 PM Bulgarian time, Dora Deliyska is to take part in Europe@Home on the European culture TV channel ARTE.

The idea of this series is to present, on 27 nights, the countries members of the EU, one night for each country. The series is hosted by Daniel Hope, one of the foremost violinists of our time, live from his home in Berlin.

“I was really excited by the invitation,” Dora, who has been living in Vienna for years, says for the Bulgarian National Radio. “I put a lot of thought into how to present our country. I decided on Pancho Vladigerov’s Autumn Elegy, music I grew up with in Bulgaria, as well as music by world composers inspired by the Bulgarian rhythms. One of them is renowned Hungarian composer and folklorist Béla Bartók. As the idea is also to present the performer, I shall play works by Ligeti, Schubert etc., included in the album I released. I shall also perform a popular song from our urban folklore – “Beautiful you are my forest.” I got in touch with composer Kostadin Genchev and he did a piano and violin arrangement of the folk song “Sednalo e Jore”, and that will be the highlight of the evening. To my mind these two folk songs demonstrate an important aspect of the Bulgarian emotional makeup – melancholic and nostalgic, but temperamental and humorous at the same time. ARTE also has a livestream on social media, something very convenient in the modern age.”

Dora says further that she is working on her new CD “études & préludes”, whose programme she is to present in April in Wiener Konzerthaus, if everything goes according to plan, of course.