Oliver Varhelyi: June is a critical month for the Western Balkans “We are entering the month of June which is a critical month for the Western Balkans. We have many issues on the table. We wish to hold intergovernmental conferences with Serbia and Montenegro so that they can proceed with accession negotiations. We also wish to have intergovernmental conferences with Albania and North Macedonia”, Commissioner Varhelyi said. He added that the EU was ready to launch an investment plan for the Western Balkans but that “this plan will not work out if the region itself does not function as a whole if we don’t have a regional market”. The meeting in Tirana is taking place two weeks before the upcoming EU summit which will discuss the possibility of opening accession negotiations with Albania and North Macedonia.

The parliament of Albania impeached President Ilir Meta for serious violations of the constitution during the election campaign in April, media in Albania report. 105 MPs in the 140-seat parliament voted to remove Meta from office, 7 voted against and 3 abstained.

During the campaign Ilir Meta accused the government of conspiring to rig the elections together with criminal vote-buying gangs, and urged the public to protect their vote. The majority in parliament accused Meta of breaching the unity of the people and inciting them to violence. Final approval for the impeachment has to be given by the Constitutional Court, three members of which were put forward by Meta and three by parliament, which is controlled by Edi Rama’s Socialist Party. The Constitutional Court decision has to be supported by five of its members.

Annita Demetriou, nomination of the ruling party in Cyprus, the right-of-centre Democratic Rally, has been voted as the new speaker of Cypriot parliament. 35-year old Demetriou is the first woman in the history of the country to have been elected to this post, news agencies report. The parliamentary speaker in Cyprus is second in the state hierarchy after the president.

Demetriou was approved for the position at the second round of voting when she won of the 25 votes in the 56-seat parliament. According to the current rules, 22 votes would have been sufficient at this vote.

Bulgaria’s first democratically elected president Zhelyu Zhelev will be posthumously awarded a plaque of gratitude for his contribution to the recognition of the independence of the Republic of Macedonia in the beginning of 1991, reported BNT. In the autumn of 2021, North Macedonia is to mark the 30th anniversary of its independence from former Yugoslavia. In an independence referendum held in September 1991, an overwhelming 95.3% of the population voted for independence. Bulgaria was the first to recognize this country’s independence. Zhelyu Zhelev’s name entered a special thank-you list prepared by the Ministry of Foreign Affairs of the Republic of North Macedonia in connection with the forthcoming anniversary. Gold and silver deposits have been found in the Turkish province of Agri, announced this country’s Minister of Industry and Technology Mustafa Varank, reported the Anadolu Agency. A massive 20-ton gold reserve worth USD 1.2 billion has been discovered. In addition, a 3.5-ton silver deposit, estimated at USD 2.5 million, was discovered in the same area. The mining facility is expected to employ 2,000 people.

Nearly 5,000 people participated at the 34th edition of the Belgrade Marathon on June 6. Silviu Stoica from Romania won the men’s event. He ran the 42.195 km distance in 2:34:43 hours. Nevena Jovanovic from Serbia won the women’s competition. She stopped the clock at 3:12:27 hours, reported atletikabg.com.

There is no need to convince anyone that donating blood means giving someone a chance to live. The World Blood Donor Day, which is marked on June 14, aims to raise global awareness of the need for safe blood and blood products for.. 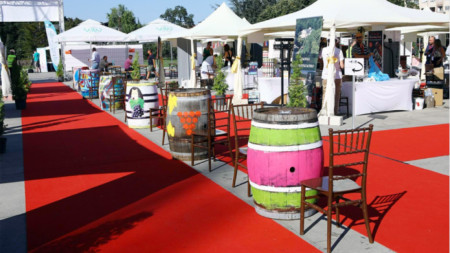 The 10 th anniversary edition of the Balkan Wine Festival will offer its visitors nearly 1,000 wines from Bulgaria, North Macedonia, Greece, Albania, Romania, Serbia, Turkey and Slovenia. The event will take place at the specially created.. 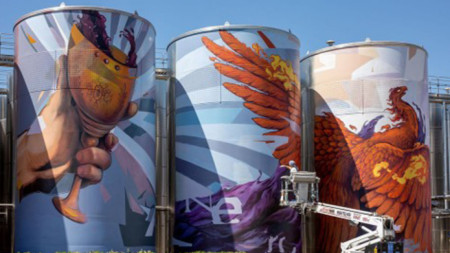 The largest street mural in Eastern Europe and the Balkans can now be seen in Sliven. The work is entitled "Zhar" ( Embers ) and is the work of..

The 10 th anniversary edition of the Balkan Wine Festival will offer its visitors nearly 1,000 wines from Bulgaria, North Macedonia, Greece,..

There is no need to convince anyone that donating blood means giving someone a chance to live. The World Blood Donor Day, which is..