President Rumen Radev: "I voted for a country that belongs to the public interest". Bulgaria’s head of state voiced hopes that the parties would take a responsible and constructive approach, in order to meet citizens' expectations. President Radev noted that the most important thing today is for Bulgarians to turn out en masse to vote. "This is not only a measure aimed to prevent any attempts for voter fraud, but a way to realize that if we want a stable and legitimate government and National Assembly, we should make them such”, said Bulgaria’s head of state Radev.

The future of the country depends on the choice of Bulgarians. “I am calling on all people to turn out en masse to vote”, said this country caretaker Premier Stefan Yanev after exercising his right to vote. “I hope that a cabinet will be formed after the snap general elections. We have demonstrated our commitment to reduce vote buying as much as possible. Currently, there is heavy police presence across the country”, noted Premier Yanev.

“Europe has come to see Venezuela-style elections- a total chaos across the country, said Boyko Borissov after casting his ballot today.- However, we will not want the general elections to be annulled”, noted Boyko Borissov.

Maya Manolova from “Stand up! Thugs out” coalition called on Bulgarians to vote. She voted for “a change, the ordinary people and for an immediate solution to their problems.” The co-chairman of Democratic Bulgaria coalition Hristo Ivanov voted for a profound change and deep transformation: “I am optimistic. We only have to do our job. I am calling on all people to vote today, despite their political convictions.”

The honorary Chairman of the Movement for Rights and Freedoms Ahmed Dogan cast his ballot using a voting machine and refused to make any statements. “I voted for a prosperous Bulgaria- a member of the EU, NATO, the Eurozone and the Schengen Area, for decent incomes, stability and last but not least, for a government formed by right-wing parties”, said the Chairman of the Union for Democratic Forces Rumen Hristov.

Changes in Bulgaria must continue, said the leader of the Bulgarian Socialist Party Kornelia Ninova after casing her ballot. “The political parties must form a cabinet. I think that voter turnout will be lower at today’s early general elections.” “I am calling on everyone to be humane and vote for the future of our children and for a country with rules”, said the Chairman of the Republicans for Bulgaria party Tsvetan Tsvetanov after exercising his right to vote. He voiced hopes that today’s elections “would be fairer as compared to the April 4 elections”. 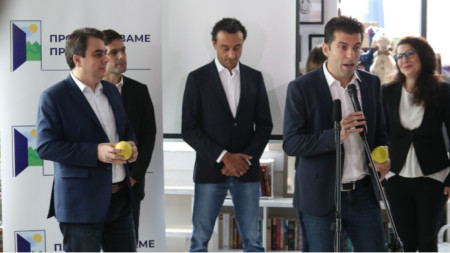 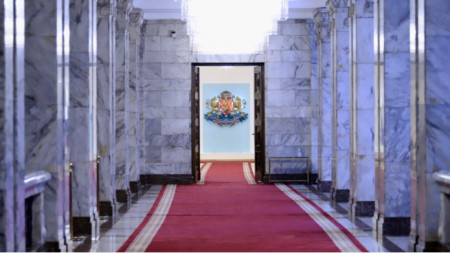