So far, about 800 tonnes have been unloaded from the Vera Su ship stranded on Bulgaria's Black Sea coast near Kamen Bryag. Last night, the unloading of the Vera Su ship with the three barges from the European Maritime Safety Agency lasted 12 hours, and another barge, with a capacity of 700 tonnes, is also ready.

With the lightening of the ship, a new breach was found, which is to be repaired by a diver.
If the meteorological conditions allow, the whole cargo will be unloaded, together with the dry matter, which will go directly to Varna. There it will be loaded on wagons and with the most favourable forecast the operation can be completed by tomorrow morning.
So far there is no hazard to the environment.
Radio Bulgaria News    European Maritime Safety Agency load Vera Su 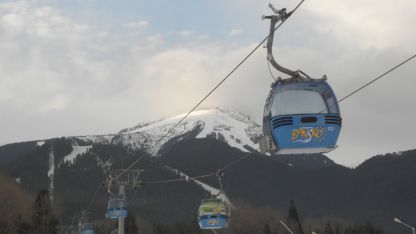 Three survivors of the tragic bus accident on Struma motorway are to return to North Macedonia today, BGNES informed. The bus accident claimed 45 lives. 7 people were hospitalized at Pirogov Hospital for Emergency Medicine.  Two people were..