Bulgaria will not participate in ATP Cup despite opportunity

Bulgaria's men's tennis team will not be able to replace the team of Austria at the ATP Cup tournament on January 1, 2022 in Sydney.

Due to the late refusal of Dennis Novak, we cannot gather at least three tennis players, which is the requirement of the organizers, Grigor Dimitrov's manager Georgi Stoimenov has told the TennisCafe website.

Dimitrov and Dimitar Kuzmanov are already in Australia, but the country's third and fourth players, Adrian Andreev and Alexander Lazarov, are preparing in Italy and cannot obtain visas to arrive on time for the tournament. 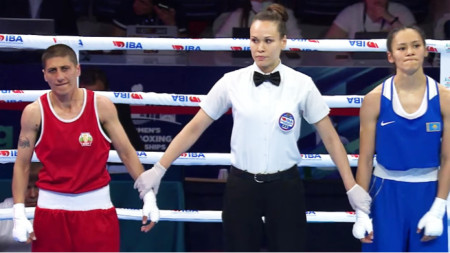 Bulgarian Silvia Azdreeva from Petrich set foot on the highest peak of Everest in an expedition led by the famous Nepalese-born mountaneer Nirmal Purja . After Everest, Azdreeva climbed the neighboring eight-thousander Lhotse together with the same..