Reunification of the Principality of Bulgaria with Eastern Rumelia in 1885

Reunited Bulgaria, litography by Nikolay Pavlovich. Below: Map of the Principality of Bulgaria and Eastern Rumelia before the Reunion. Photo: archive
On September 6, 1885, the Bulgarian people launched and brought to a successful completion one of the most remarkable acts in the country’s modern history – the reunification of Northern with Southern Bulgaria. This day, which has become a symbol of national unity, is an official holiday on the national calendar. What is the prehistory of this event and what is its significance?
It all began in the summer of 1878, when the Berlin treaty of the European great powers revised the results of the Russo-Turkish war of 1877-1878. The war, which ended with the victory of Russia, liberated Bulgaria from five centuries of Ottoman domination. Under the San Stefano peace treaty signed on March 3, 1878, the Bulgarian state was restored within its historical ethnic borders. However, soon after, frantic diplomatic maneuvering began in Europe. Its aim was to revise the San Stefano treaty, so as not to allow the creation of a large Bulgarian state on the Balkan Peninsula. Thus the Berlin treaty divided up its territory, and this resulted in a series of dramatic events, which have left a deep mark in our national history. Part of the Bulgarian lands – lying between the Balkan range and the river Danube, including the region of Sofia, was named the Principality of Bulgaria. Though it had full administrative autonomy, Southern Bulgaria, named Eastern Rumelia remained under the political and military rule of the Sultan. Macedonia, Aegean Thrace and Edirne region were returned to the Ottoman Empire.
The news that Bulgaria was divided up triggered off spontaneous protest demonstrations throughout the country. In the autumn of 1878, an uprising broke out in South Western Bulgaria, which the Turkish authorities managed to suppress. The following year, the Constituent Assembly of the Principality of Bulgaria made national re-unification a top foreign policy priority for the young state. However, the political situation in Europe was not conducive to the implementation of the ideas of re-unification. None of the great powers was willing to face the challenges, connected with the possible revision of the Berlin Treaty. The figures that headed the movement for re-unification in the Principality of Bulgaria, Eastern Rumelia and Macedonia reached the conclusion that all efforts should be concentrated on Southern Bulgaria, while the integration of the other Bulgarian lands should follow afterwards. A secret Bulgarian Central Revolutionary Committee (BCRC) was set up in Southern Bulgaria’s main city Plovdiv in February 1885 – its aim was to re-unite Northern with Southern Bulgaria. This initiative belonged to prominent revolutionary, politician and writer Zahary Stoyanov. In their programme, the champions of reunification proclaimed: “The committee wishes for this land, which is populated by Bulgarians, to be ruled the Bulgarian way. We do not wish to rule others and will not allow others to rule us.” Branches of the committee were soon set up in all other major towns in the region. As of the end of August 1885, Southern Bulgaria was in the grips of constant civil unrest – mass demonstrations and rallies in support of the re-unification.

On the night of September 5, 1885, Plovdiv was strangely hushed. Only the footsteps of the night guards resounded in the streets. But in the dark houses, the members of the committee were waiting for the signal. At the same time, rebel detachments from the area were advancing towards the city. However, there were no clashes – the Bulgarian troops passed over to the side of their brothers. At dawn, a delegation headed by Zahary Stoyanov went to the regional governor to tell him that he had been removed from the post and that the reunification was a fact.
“The people rejoiced”, notes writer Simeon Radev in his memoirs. “From all sides cries rose up to the sky: Long live Alexander! Long live united Bulgaria”.
Arriving from Sofia, the monarch Alexander of Battenberg I was welcomed triumphantly and was declared Prince of all Bulgarians. News agencies in Europe spread the news of this daring act by the Bulgarian people at lightning speed.
But the reaction of the Great Powers was negative – they considered Bulgaria’s reunification a drastic violation of the Berlin Treaty. On the other hand, they were astounded by the determination of the Bulgarian politicians and of the ordinary people to uphold their national ideal. Gradually, Europe came to terms with the reunification of the Bulgarians, especially after the victory of the young Bulgarian army over Serbia, which, instigated by Austria-Hungary unexpectedly waged war on Bulgaria.
What are the consequences of the Bulgarian reunification of 1885, called by historians “a political miracle”? This purely Bulgarian campaign dealt a severe blow on the selfish policy of the Great Powers in the Balkans. It showed that territorial and ethnic unification can be attained using peaceful means. With the eradication of the artificial boundary dividing Northern from Southern Bulgaria, the country entered a new phase of economic, social and cultural prosperity. 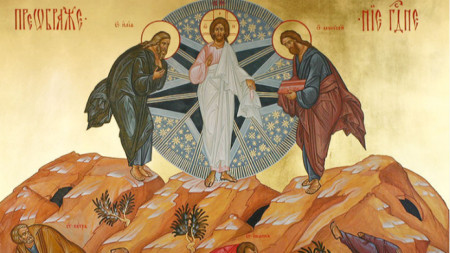 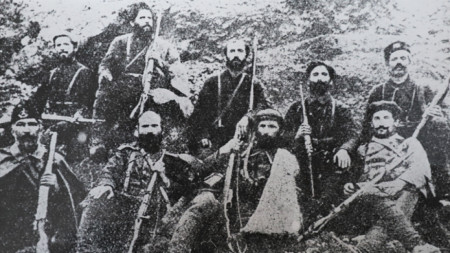 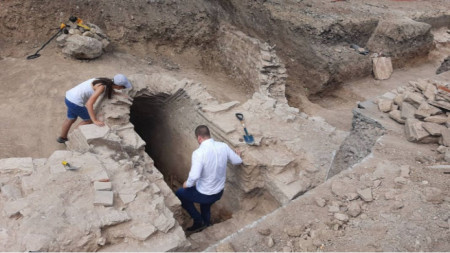 We have discovered such a large-scale burial facility in Stara Zagora for the first time, Petar Kalchev, Director of the Regional History Museum said on the occasion of the discovery of the archaeological finding dated to the period of the..

The Bulgarian Orthodox Church celebrates today one of its great feasts - the Transfiguration of the Lord. It dates back to the first centuries of..