Photo: Veneta Nikolova
The village of Beli Ossum near Troyan in Northern Bulgaria attracts tourists with its beautiful scenery, the preserved local crafts and delicious cuisine. Few people will know however that this forsaken Bulgarian village was somehow related to one of the greatest tragedies of the 20th century, history’s biggest shipwreck known to this day, the sinking of the RMS Titanic in 1912. There were Bulgarians among the passengers aboard the tragic transatlantic ocean liner. And yet, one of them escaped miraculously the death from drowning in the icy waters of the Atlantic, and several years later returned to his native village and built a beautiful house. Today it has been made into an ethnographical compound housing a museum collection, and accommodating people who wish to immerse in a different epoch!

“Discover the Earth’s New World!” and “Go to America, the cradle of welfare” were slogans pasted on the walls of the buildings in the region that changed the fates of dozens of Bulgarians. That was in 1912. 16-year-old Kalyo Nenov stood in the long line in front of the office of the travel agency clutching the purse with 30 golden coins, the equivalent of the coveted journey to the dream world of America. Together with another 50 fellow Bulgarians Kalyo set off for the English harbour of Southhampton, from where the RMS Titanic sailed for America. “The local people were not narrow-minded and were possessed by the spirit of adventure. That is why many of them started the journey across the Ocean in search of happiness and easy money,” Tzvetan Dimitrov, owner of the ethnographic compound in the village of Beli Ossum, explains. But not all of the Bulgarians who bought a ticket for the Titanic climbed on board. On the eve of their departure, intoxicated by the euphoria, some of them got so drunk that they missed the boarding and escaped demise in the freezing waters of the Atlantic. There were others who, like Kalyo himself, decided to sell their tickets at an exorbitant price, and take the next ship to America. It is believed that all 40 or something Bulgarians who were in the third class of the Titanic died in the wreck.

“There were 7 people from the neighbouring village of Gumoshtnik,” Tzvetan Dimitrov explains. “The villagers have raised a monument to them and we take the tourists there. Another two people from the village of Sennik nearby also died in the wreck, but one man survived. However, the largest number of victims, 11, came from the village of Sadovetz near the town of Pleven in Northern Bulgaria. When the Titanic sank the Bulgarians who had sold their tickets gave up the idea of ever traveling to America, but Kalyo boarded the next vessel and spent 9 years there.”

In the New World he worked as a carpenter and a mason and was more than successful in everything he did. He earned a lot of money gambling, but in 1921 returned to his native village, where he built a wonderful house next to his parents’ home. He is to this day remembered for his generosity. “We had no idea that we would come across that story until we discovered a wooden suitcase with the label “Varna – New York’ on it, and when we opened it we found photographs, papers and letters, including his savings’ book, which contained US dollars 350, which was an enormous amount of money in those days,” Tzvetan exclaims. The new owners have preserved the National Revival period architecture of the houses and have arranged a museum collection tracing Kalyo’s life. The foreign tourists love staying there and are fascinated by the olden construction of wood and stone with its authentic carpets and cupboards.

English version by Radostin Zhelev
Photos: provided by the author 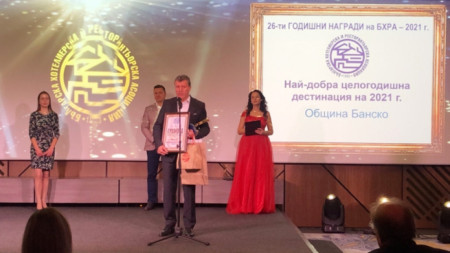 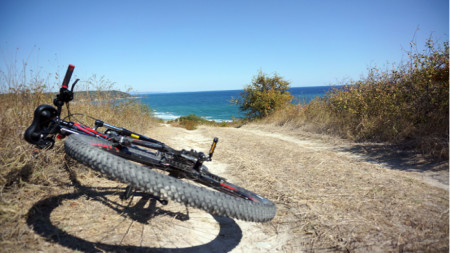