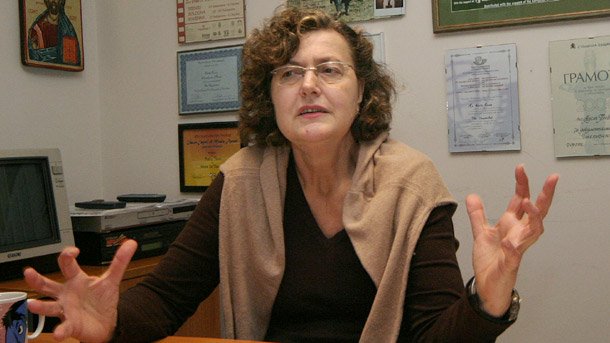 A well-known name in documentary cinema in Bulgaria and abroad, Bulgarian filmmaker Adela Peeva has recently returned to Sofia from London with yet another award – the Audience Prize from an Ethnographic Film Festival in the British capital held on June 23-26. The festival screened her latest film entitled I Dream of Mummers. A short documentary of 26 minutes, it portrays an ancient custom that has still been preserved in Bulgaria to this day - the koukeri (or mummers) dances.

Director and writer of 1 feature film and of more than 40 documentaries, Adela Peeva prefers to tackle subject matter from her native Balkan region, and to explore controversial and sensitive topics, with the best examples of this being her documentaries Whose is This Song, tracing the origins of a haunting melody that all Balkan nations claim to be theirs, and Divorce Albanian Style, a profound insight into the communist past of neighboring Albania, both nominated for the Best Documentary Prize by the European Film Academy. Her works reveal the approach and views of an author who is always in search of fascinating, complex and multidimensional characters, and stories that offer a challenge to filmmakers, which is exactly the brief description of her new project Spaich, now in its development stage. Her films are always accompanied by a careful historical back up and research, taking a concise, thought-provoking and analytical path.

Great smile, great personality, great ability. These are just a few of the things that describe Adela Peeva herself. In person, she is just as the people who have seen her films would imagine her to be - charismatic with a great sense of humor, vitality and wisdom. A tall, blonde-haired and captivating woman, she possesses the indispensable skill for each documentary filmmaker of getting under the skin of everyone she talks to. Her innate curiosity about life helps her earn the trust of people from all walks of life around the world, persuading them to share their, often painful, stories in front of the camera and become characters in her films. Just as Ivan and Decho, two mummers whose friendship is shown in her latest film. Adela Peeva: “I Dream of Mummers is a short film, about 30 minutes, and it’s about a tradition called koukeri in Bulgaria. These are masked people and masked dancing at the end of winter and the beginning of spring. It’s about a village called Sushitsa where this traditional ritual is very well preserved. At the same time, I found there very interesting people devoted to what they are doing. Especially, I have two characters – Ivan and Decho, they are good friends. Ivan is a already an old person, about 77, very exhausted and tired, and he decided to quit dancing, because actually mummers are playing with very heavy bells and masks on their faces, and it is very difficult to breathe. He and his friend Decho, they have played together all their lives. We had a premier in the village where people reacted very emotionally, and after that the film went to London.
It was the Royal Anthropological Institute film festival which was also organized by the University of London. It was actually a festival attended by a lot of students, specialists, and a lot of filmmakers were there. Unexpectedly, I received the audience prize. It was very good because it means that the audience, despite the fact that they do not know this ritual, that probably the translation “mummers” was not the right translation for Bulgarian kukeri, they understood the film and they liked it.
This is a movie made together with the Ethnographic Institute in Sofia, and they asked me. They wanted to have a film about mummers. I had the good luck to find the right place to do this because there are many places where this ritual is preserved. But I found archive material from 1941, shot exactly in the same village. I had a consultant from the ethnographic institute, Iglika Mishkova. And now the film has already several invitations for festivals, so the film will travel for sure”.

This May, Adela Peeva was selected among the 20 prominent European filmmakers invited as special guests to the film festival in Cannes to celebrate the 20th anniversary of the EU MEDIA program for audiovisual works. Having received funding under this program to make several of her documentaries, she attended a special meeting at the festival where the future of the MEDIA Program was discussed.

Over the past year, Adela Peeva has also been busy doing research on her new documentary project. The story of Bulgarian fighter pilot Spaich will take her on a journey across two continents in an exploration of the intricate realities of war.

Adela Peeva: “The film is about Dimitar Spisarevski, aka Spaich, who was a fighter pilot in the WW2, who was defending Sofia during the bombings by the Anglo-American air forces. He committed a suicide attack, a ram attack, into an American bombing plane. It takes usually three or four years to make a documentary, it is sometimes also for financial reasons, but also because of the deep research that I am making. My subjects are very complicated. For instance, Whose Is This Song, I travelled to 7 countries. Then Divorce Albanian Style was a very sensitive subject about Albanian dictator Enver Hodja and families from mixed marriages, so I had three countries, and a lot of archives. My last film about the Mayor of Sofia from 1934 to 1944 didn’t take me such a long time, but again two years”.

Adela Peeva expects that her new documentary project, Spaich, will take her roughly 3 to 4 years, a period of hard work which will consist of a lot of research of archive materials, traveling and meetings with people from two continents. Going more than 65 years back in time, she intends to delve into the heart of yet another of her favorite Balkan stories that she has been telling with such insight, understanding, and love over the past several decades, stories that need to be told before they are completely forgotten. As Adela Peeva says, the future of documentary cinema lies in making high-quality films that could compete with the attractiveness of feature films and in showing them on the TV screen more often. 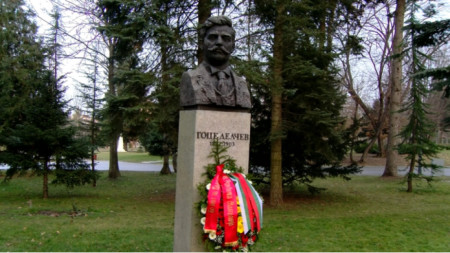 North Macedonia’s progress towards the EU should be bound up with the implementation of the Treaty of Good-neighbourliness, Friendship and Cooperation with North Macedonia, signed in 2017. A  memorandum   containing this and other conditions for..

“Bulgaria is far from a poor country”, financial expert Dino Dionne commented on the American platform Quora in response to the question “Why countries like Bulgaria and Romania are so poor after the fall of Communism?” “If you compare an average.. 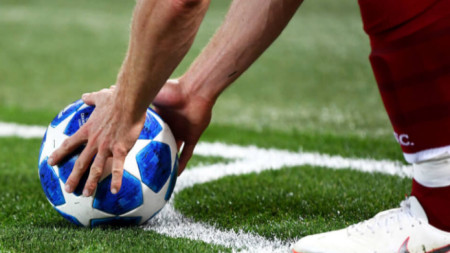 The electronic device for real-time decision-making developed by Bulgarian software engineers helps for better results in the game of two of Bulgaria’s strongest football clubs - Slavia and Beroe. The device is placed on the vests of..

North Macedonia’s progress towards the EU should be bound up with the implementation of the Treaty of Good-neighbourliness, Friendship and..