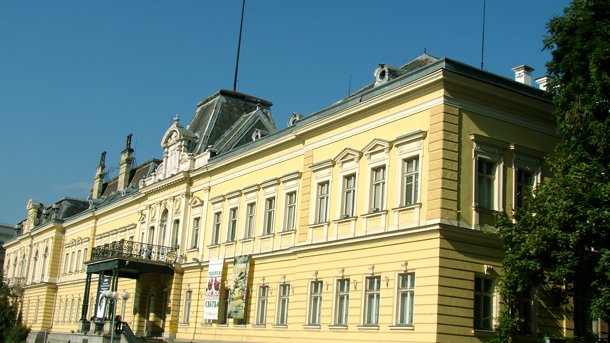 Photo: Veneta Pavlova
Earlier this month the exhibition Masters of Bulgarian Painting opened in the halls of the head office of the European Commission in Brussels. The display was under the auspices of the Bulgarian EU Commissioner Kristalina Georgieva and of Minister of Culture Vezhdi Rashidov. It featured works by some of Bulgaria’s foremost artists kept in the rich collection of the National Museum of Bulgarian Fine Art. The museum’s Director Slava Ivanova says more about the selection of the works: “There is hardly a more productive decade in Bulgarian painting than the 1930s”, Mrs Ivanova contends. “One trend that emerged in art back then was focused on painting that would relevantly reflect the national spirit in both content and form. The other trend was the aspiration of Bulgarian artists to become an integral part of modern European art. The collection that we selected for the exhibition in Brussels, includes thirty works by the foremost masters of that time. This selection features achievements that Bulgarian painting should rightfully pride on. The great names of Bulgarian art have been presented: Vladimir Dimitrov The Master, Zlatyu Boyadzhiev, Stoyan Venev, Tsanko Lavrenov, Bencho Obreshkov, Dechko Uzunov, Ivan Nenov and Vera Nedkova. The works that we showed in Brussels, have been so far part of the permanent display of the Museum and will continue to be part of it”, Slava Ivanova explains.

The National Museum of Bulgarian Fine Art is one of the oldest museums in this country. Mrs Ivanova recalls that its history goes back to the People’s Archeological Museum, the first museum that emerged in Bulgaria. Its art department collected works by some of the first professors in the National Academy of Art, including Ivan Mrkvicka and Yaroslav Veshin. Those were the first prominent artists who fathered the idea of creating Bulgarian academic training in art. With time the collection expanded and the National Gallery was founded in 1948. In 1995 it was renamed to National Museum of Bulgarian Fine Art. For sixty years now it has been housed by the building of the former royal palace in Sofia together with the National Ethnographic Museum: A woman is dressing (Ivan Nenov, 1936)
“The structure of the National Museum of Bulgarian Fine Art is based on the principle of chronology”, Mrs Slava Ivanova says. “This is how our departments have formed. The earliest one is the Department for Medieval and National Revival Orthodox Christian Art. Its display is on the premises of the Crypt of St. Alexander Nevsky Cathedral. This department is our big pride. Chronologically it is followed by the National Revival Art Department including works by Bulgaria’s greatest artists of the National Revival (18-19 c.). Its collection includes easel painting, prints and drawings. The next department is for Modern Bulgarian Art that spans the period from the National Liberation in 1878 to World War 2. This department features works by what is known by Old Masters who created the profile of Bulgarian art in the period after Liberation from Ottoman Rule. Those were artists that were influenced most productively by the major trends in European art in 20 c. Here I have to mention the names of artists such as Ivan Nenov, Bencho Obreshkov, Vera Nedkova, Vaska Emanuilova. They are represented with rich and very interesting collections of works. The structure of the National Museum of Bulgarian Fine Art also has a few museum-houses – of Nikola Tanev, Vera Nedkova and Ivan Lazarov, all big names. We have two other departments. One of them presents a very rich collection of works of art from the second half of 20 c. This is our biggest collection in terms of the number of works. It includes painting, sculpture and graphic art from that period. Recently we have created another department – for contemporary art. Its collection is not rich for the time being, but I hope that with time we will be able to buy more works of art. Unfortunately, for the past 20 years this was almost impossible, because of financial reasons”, Mrs Slava Ivanova admits. Jesus Christ Pantocrator (icon, 1798)
Mrs Ivanova goes on to say that the oldest work the National Museum of Bulgarian Fine Art is a small fragment from a ceramic icon of St. Paul from 5 c. It is part of the collection displayed at the crypt of St. Alexander Nevsky Cathedral. At the end of 2011 the museum took part in an exhibition in Thessalonica that finalized an intriguing international project. It is carried out jointly with the European Institute of Byzantine Studies in Thessalonica, the Museum of Byzantine Culture in the same city, as well as the Leventis Foundation. The main activity of the project is the restoration of icons from the Black Sea coast. Resulting from this restoration, as Mrs Ivanova says, one of the earliest painted icons in Bulgaria from end-11 to the early 12 c. was found. It is an icon of Christ Pantocrator that specialists rate as very important for science.
The National Museum of Bulgarian Fine Art opens its halls for guest displays with foreign masterpieces. In 1993 the fans of Spanish surrealist artist Salvador Dali could enjoy his graphic art displayed in the Museum. In 2010 the museum saw a great number of visitors as it featured an exhibition of sculpture works by great French impressionist Edgar Degas. In 2012 it braces for a display dedicated to 130th birth anniversary of Vladimir Dimitrov The Master. Apart from a special catalogue we will be looking forward to other events commemorating this anniversary. At the end of February major renovation works at the Museum wrapped up. According to Slava Ivanova this has significantly improved storage conditions in the archival premises, as well as the exhibition area that features the wealth of the Bulgarian tradition in fine art. 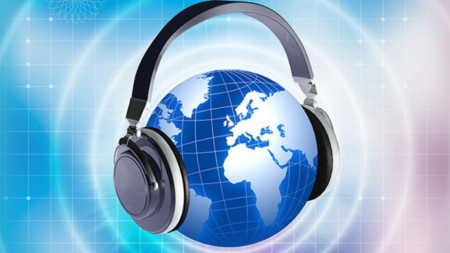 May 7 is International Radio Day

On May 7, 1895, Russian physicist Alexander Popov showed for the first time to the Russian Physical Society in St. Petersburg his apparatus for transmitting and receiving electrical oscillations from distances without a wire. In 1899, Popov connected to.. 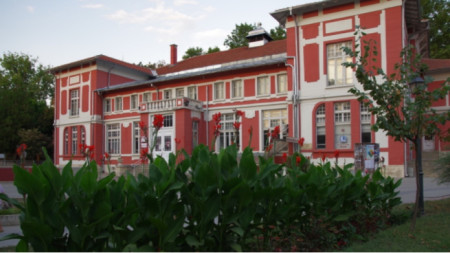 A quick reference in the dictionary of the meaning of the word "chitalishte” center" shows that this is a cultural institution for the dissemination of knowledge and culture, especially active during the Bulgarian National Revival period. The.. 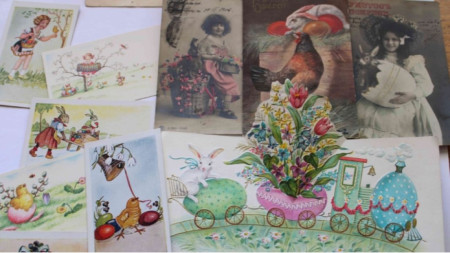 Easter exhibition takes us back in time

An exhibition of spring and Easter-related postcards takes us 100 years back in time. The exhibition is organized by the Hristo Botev Regional Library in the city of Vratsa. Visitors can take a look at old Vratsa through specially selected 21..