Film tells the story of the Mystery of Bulgarian Voices Choir Photo: BGNES
/
Update Required To play the media you will need to either update your browser to a recent version or update your Flash plugin.

A Bulgarian folk song and pride at heart gave the start to the 26th edition of the Cinemania Film Festival in Sofia. On November 8th, in Hall 1 of the National Palace of Culture, the festival kicked off with a magnificent concert of the female choir The Mystery of Bulgarian Voices and the movie Balkan Melodie. The film tells the story of the difficult road to world fame of this vocal formation.

The film is a large-scale documentary co-production between Switzerland, Germany and Bulgaria of Swiss director Stefan Schwietert, who is one of the most famous authors of music documentary titles in Europe.

“It happens very rarely to see a major European director focus his or her interest on a topic related to Bulgaria”, says Martichka Bozhilova, the Bulgarian producer of the film. Four years ago, Stefan Schwietert arrived in Sofia and presented to the Bulgarian company “AgitProp”, which is a well-known among foreign documentary filmmakers, the idea to make a film about musicologist Marcel Cellier, the discoverer and so-called godfather of "The Mystery of Bulgarian Voices" and his wife Catherine. "These are people who over the past fifty years have had a significant role in the promotion of the music characteristic of these lands - Bulgaria, Romania, and Eastern Europe in general, which was little known to the Western world during the Communist era. They are the main “culprits” for this music to conquer the world and to reach the hearts of numerous people and to have albums sold in millions of copies. The film does not follow the history of The Mystery of Bulgarian Voices choir itself. Rather, it reveals little-known facts about the beginning of their international fame through the eyes and memories of the person responsible for their success, Marcel Cellier, only to reach modern day when they are more appreciated abroad than at home. The film presents the phenomenon of "The Mystery of Bulgarian Voices", says the producer Martichka Bozhilova.

The name of the choir was invented by Marcel Cellier. He was a man of not only great musical flair, but with a very strong commercial acumen and in the film we see how he discovered them and how, after his first visit to Bulgaria in 1952, he registered the trademark and became their producer. We see how the album sales increased as a result, what the work on the CDs and the concerts of the choir was and how he had to sell the brand and the rights to larger recording labels that still own them.

However, Stefan Schwietert’s film also tells about another musical phenomenon that Marcel Cellier discovered and turned into a star - Romanian pan flute musician, the amazing Gheorghe Zamfir. A person who, once you hear play, you will always recognize. He is a performer of music in the US film "Once Upon a Time in America" and has worked on a number of film projects with composer Ennio Morricone. I think Balkan Melodie is a true musical experience for the fans of this genre in cinema”, says Martichka Bozhilova.

The film "follows in the footsteps" of Cellier who toured Bulgarian lands mostly in the 70s and 80s of the 20th century. He has visited Bulgaria about fifty times with his tape recorder in hand to record Bulgarian authentic folk music and the environment in which it was preserved, transmitted and performed.

In 1975, Marcel Cellier released his first album with Bulgarian folk songs entitled The Mystery of Bulgarian Voices. The second album from this unique series was released in the late 1980's and in 1990 won the biggest music award in the world - a Grammy. Two more CDs from this series were released and Cellier’s project entitled "Ritual” and produced in the U.S. in 1994 was once again nominated for the prestigious Grammy. He made the recordings almost entirely with the choir of the Bulgarian National Radio and Television, which later took the name of The Mystery of Bulgarian Voices. Its conductor is Dora Hristova.

His albums also feature several performances of the Bulgarian choirs "Philip Kutev", "Trakia", "Pirin”, also the choral groups of the ensembles "Dobrudja" and "Rhodopa". Among the composers of the songs are Krasimir Kyurkchiyski, Philip Kutev, Nikolai Kaufman and Georgi Minchev. Following in the footsteps of the Cellier family, the film now "travels" back through Romania and Bulgaria to revisit the wealth of legends and musical melodies, but in terms their modern-day life. And the reality today for the Mystery of Bulgarian Voices choir is a lack of government support and subsidies, combined with incredible glory and respect abroad.

“The film director tries to look with a pretty sharp eye at what is happening now with this amazing folk music. It is known that it was strongly and intentionally used by the communist regime for propaganda purposes. Shvitert immediately captures this detail and tries to find out what are the chances for this amazing intangible wealth to keep living after the Iron Curtain is long gone. This is not only an apologetics for Bulgarian folklore but the film explores quite painful and interesting topics on which we have to reflect seriously”, explains producer Martichka Bozhilova.

“The political situation changes many things for sure. Even I as a producer of the film feel this in my communication with our characters. The fact is that Bulgarian women's choirs find followers very hard and can rarely transmit their knowledge to a new generation of singers who are currently obsessed with commercialism of the new marketing gimmicks. So the folklore and this amazing phenomenon, "The Mystery of Bulgarian Voices" which is one of the few things that Bulgaria is famous for around the world should be saved as an exceptional wealth. Of course, this must be the subject of a state cultural policy."

Enchanting with the universal language of music, Balkan Melodie has already had its distribution in theaters in Germany and Switzerland. In Bulgaria this will happen immediately after the end of the Cinemania film festival in December. At the beginning of next month we will also see the film’s international premiere in the competition program of the IDFA - the largest documentary film festival in the world in Amsterdam, the Netherlands. 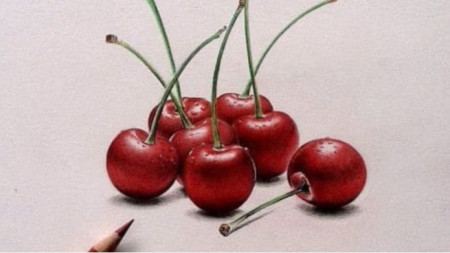