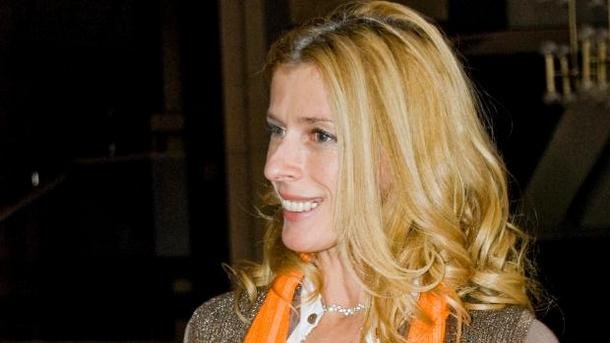 Known as one of the toughest female sports, rhythmic gymnastics requires exceptional physical and mental qualities – in addition to the incredible flexibility and coordination of movement, the delicate young girls need enormous ability for concentration, iron discipline and emotional expressiveness. Qualities that are in perfect combination in one of the icons of the golden generation of Bulgarian rhythmic gymnastics in the 1980s - Bianka Panova. Rhythmic gymnastics in Bulgaria was at its height at that time when this country was at the forefront of all world championships and the number of medals was constantly on the rise. A constellation of "golden" girls loved by all Bulgarians marched on the sports podiums in the world.

Two decades later, Bulgarian readers have the opportunity to look behind the tightly closed doors of the training halls of this period - what was the daily routine of these teenage girls whose only familiar reality was the gymnasium in which they spent 14 hours a day, where they had to learn their lessons during the breaks between different workouts, follow a strict diet, and whose only task was to repeat the same motion hundreds of times until it was perfect?

In mid-January, world rhythmic gymnastics champion Bianka Panova officially presented her autobiographical book, "In the Name of the Big Goal – a look behind the scenes" that came out on the Bulgarian book market at the end of last year.  In an interview for Radio Bulgaria, Bianka Panova offers an insightful look at the price of the fleeting moments of fame on top of the podium:

"I never thought about writing a book, especially after those 20 years of making sense of things. The idea came rather spontaneously after a seminar of the American psychologist Mel Gill. I just took the computer and started writing. I finished the manuscript in just a month and a half, the book simply poured out of me as these were the first memories that rushed into my mind. I hope it will be perceived in the way I would like it to be perceived as something positive that would people when they are in difficult times, not as scandalous as some people try to present it."

The controversial twist in the story was the rift in the relations of Bianka Panova with her main coach after an error (a dropped club) at the Seoul Olympics in 1988, a period in which sports in Bulgaria was largely tied to politics, goals were set extremely high and each error was regarded as treason. Officially removed from the national team, Bianka dares to believe in the power of the individual and starts preparing for the World Championships in Sarajevo on her own.

Before this dramatic turn, however, in the course of several years she was triumphant at the top. Her early career was difficult - after going through various schools with mediocre success, she did not begin to train seriously until she was 13 after she was spotted by the chief coach of the Bulgarian national team Neshka Robeva and only a year later she took the national title. A glorious series of international achievements followed.

Bianka Panova became the first gymnast recorded in the book of Guinness World Records for her flawless 10 consecutive routines at the World Championship in Varna in 1988, where she won all five gold medals – at the AA and at the four apparatuses and received the trophy personally from the President of the International Olympic Committee at that time, Juan Antonio Samaranch. But she was also the only one who dared to speak critically of the training methods of that time due to which she was banned from competing.

20 years later, Bianka Panova plunges into a written dialogue with her past, in which the grueling workouts were accompanied by an enormous psychological pressure and methods of work that today some people might consider derogatory to human dignity and inapplicable outside a totalitarian regime.

"The time we lived in was such that this was allowed. The ruling regime allowed these things. We walked into the training hall and we had no right of personal choice, we could not say I can or I cannot do this, I want or I don’t want to do this. On the one hand, this was a way to teach discipline and strength of character, but on the other hand, it was scary and sometimes very cruel. The theme of my book is that it is love that conquers all, love conquers fear and hate, love is the main motor, the main driver in achieving anything."

Her name means white and innocent and this is exactly how she looks like at the race where she triumphed for the last time – the World Cup in Sarajevo in 1989, where, performing in her signature white leotard, she won a gold medal in the hoop and rope routine, a silver in the ball routine and the AA ... There she performed one of her most gripping routines, the hoop composition to the music of Beethoven's Moonlight Sonata. This combination will remain her favorite to this day and those medals the hardest but also the easiest to win (for the Sarajevo Cup Bianca was preparing on her won, using only the help of her future husband Chavdar Ninov).

Her successful results, however, failed to put an end to the existing conflict, leading to the suspension of her sporting rights and subsequently Bianka Panova left Bulgaria for two decades. This was followed by several years of working as a coach in Belgium, Italy and Switzerland:

"Champions are born, but they must be found and selected and one has to find the right key to motivate them. Motivation is the ultimate truth. One can be very gifted and he or she can be born to a wonderful Monday, but his or her Sunday might never be over. If you're a teacher and a young person who is talented and has the sparkle of the champion inside comes to you, you are responsible for his or her growth and for his or her entry into the big life, be it art, sports or gymnastics.”

There is more to rhythmic gymnastics than acrobatic skills and exquisite bodily grace. Poetry in motion - this was the trademark in Bianka Panova’s performances as a gymnast, the technical complexity and expressiveness of her routines became the inspiration for many admirers of this beautiful sport. Or, as we read on the pages of the book, in order to become champion, one must first be a person, a person who leaves a mark not only in sports encyclopedias, but also in human hearts.

(The audio feature contains an excerpt from the book's opening pages.)

A national folklore festival is taking place in Avramovo – the highest-altitude railway station in the Balkans. The festival kicked off at midday, when the main trainsets arrive from Septemvri and Dobrinishte along the narrow-gauge track.  The.. 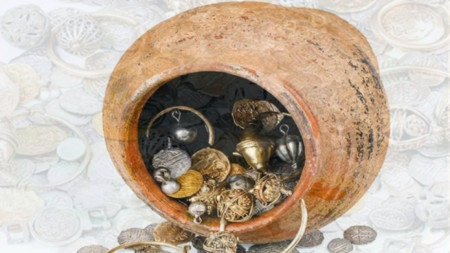 The Tatar treasure from the Kaliakra fortress will remain in the architectural complex "The Palace" in Balchik until the end of October, so that tourists can enjoy the exhibits found in 2018. Nearly a thousand objects were once placed in a clay..

Every day, Bulgarians protest in different parts of the world in solidarity with their compatriots in the homeland, who have been protesting..

Turkish lira depreciated by 19% since the beginning of the year The Turkish lira has dropped to a record low against the US dollar since the..

The Tatar treasure from the Kaliakra fortress will remain in the architectural complex "The Palace" in Balchik until the end of October, so that..