Music experts know Stancho Stoilov as one of the symbols of Graovo- a relatively small sub-district in Shopluka region which is known for its specific folklore heritage. Younger performers study patterns from his music repertoire and most of them view Stancho Stoilov as a legend in this field. After decades of active artistic work, his voice now sounds most often at friendly meetings. You can find Stancho almost every day in his parlor in the Sofia city center where music instruments are repaired. Many folk musicians and old friends who used to travel with him for various concert activities across the whole country visit Stancho Stoilov there.

Stancho Stolilov was born in the village of Kopanitsa near the city of Pernik (Southwestern Bulgaria). He became an orphan when he was only two and was later raised by relatives. When he was still a child, he was dreaming of inheriting his father’s vocation- to make and repair folk music instruments, mainly bagpipes. When he was still a student, he took part in various singing contest and was spotted by the music experts of the Bulgarian National Radio. He made his first recordings for the BNR music archive in 1959. Later he joined the Bulgarian Armed Forces. He gave a new meaning to his priorities there and decided to devote himself to folk music once he completed his military service. He performed on one stage together with renowned musicians such as Boris Mashalov, accordionist Boris Karlov, Misho Gyurov’s band and many other musicians. Stancho Stoilov has more about his experience.

“The programs were made perfectly, so that representatives of all folklore districts participated there. The result of that was a colorful mixture of songs and instrumental melodies. The organizers also included one or two pop singers and humorists. We held concerts in many Bulgarian towns and villages, in factories and plants. We used to dress in folk costumes typical for the certain region. I always performed on stage with my Graovo folk costume, hooded cloak and a shepherd’s crook. I like the merry and humorous songs, but I also like the slow, well-ornamented melodies also known as Markovski songs. I present folklore from my homeland. This was mandatory in the past, so we could preserve the original style and sounding typical of a certain Bulgarian music district.”

Stancho Stoilov had a key role in the foundation of the first folklore music school in the town of Kotel. “The young music talents needed folk instruments. We collected most of them from former musicians or at private meetings. However some of the instruments were suitable for a solo performance only,” Stancho Stoilov recalls. Together with renowned pipers Nikola Ganchev and Stoyan Velichkov, bagpiper Kostadin Varimezov and other musicians, Stancho managed to find music instruments for the school. They spent a long time trying to improve the sounding of these instruments and make the folk instruments suitable for ensemble music. They were supported by the Bulgarian Ministry of Culture which was headed at that time by renowned Bulgarian Poet Pavel Matev.

“When Mr Matev learned that I was also taking part in this initiative, he met with me in his office where he told me: “It is good to educate yourself, rather than relying on your natural talent only.” He also told me he knew I was an orphan I he wanted to give me a helping hand. Thus, I departed to the town of Halle (former Eastern Germany) where I studied music theory and the structure of music instruments such as piano, grand piano, harpsichord, etc. I studied in the class of renowned Professor Merker. He was a skillful craftsman, specialized in piano making. He had a large workshop in his house where he used to make this music instrument to the help of nearly a dozen other workers. I was invited to stay in Germany, but I could not imagine myself living abroad. So, I returned to Bulgaria and spent nearly my whole length of service as a tuner at the Bulgarian Ministry of Culture.”

Stancho Stoilov recalls the 1970’s and the 1980’s with a great deal of nostalgia. This was the time when he participated in various concert programs nearly every day after work. He says he would be very happy to hand down his priceless music wealth to a talented young performer. 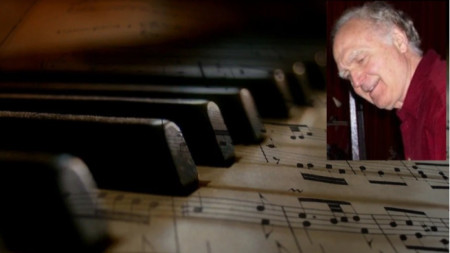 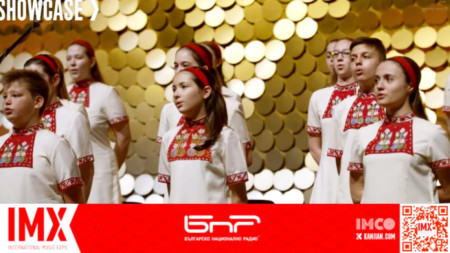 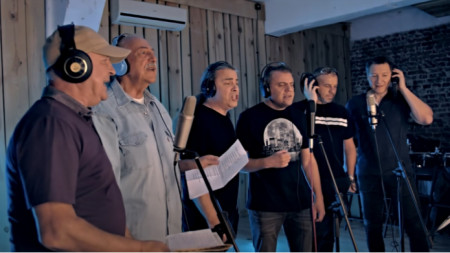 “I will find the meaning in life again, for you, not for me. I don’t need so many things when you are next to me!, read part of the lyrics of the song Not for me, performed by the popular Bulgarian rock band B.T.R, guest musicians Kiril Marichkov..

A Bulgarian evening with the BNR music ensembles will be held tonight at the IMX International Music Expo, organized with the support..

This year’s edition of the annual forum “New Bulgarian Music”, organized by the Union of Bulgarian Composers, presents chamber pieces by composers from..