Rakia in Bulgarians’ life and folklore

In today’s Folk studio Associate Professor Dr Vihra Baeva from the Institute of Ethnology and Folklore Studies with the Ethnographic Museum, Bulgarian Academy of Sciences, talks about the traditional drink Rakia - Bulgaria’s best- loved alcoholic beverage, a remedy, a reason for good mood and entertainment and one of the symbols of the traditional Bulgarian feasts.

Rakia has a special place in Bulgarians’ everyday life. There are various types of rakia, but the most popular one is the grape brandy (grapa), also known in Bulgaria as Grozdanka. In some mountainous regions where people can not grow vines plum brandy, also known as Slivovitsa, is the most popular type of rakia. The towns of Troyan, Teteven and Tryavna (all situated in the Balkan Mountain Range) are still in a heavy dispute which town produces the best plum brandy. The region around Silistra (Northeastern Bulgaria) is popular with its high-quality apricot brandy. Rakia can be also distilled from apples, pears, cherries and even figs. The so-called Giulovitsa, which is made of oil-yielding rose grown in the Rose Valley near the towns of Kazanlak and Karlovo (Central South Bulgaria), is also very popular. This brandy was praised by renowned Bulgarian writer Luben Karavelov who dedicated to Giulovitsa a thrilling fragment from his novel entitled Mother’s Child: “Those who have not tried rose brandy from Kazanlak do not know anything about rakia. Oh, my lovely Kazanlashka Rose Brandy! Nearly a hundred volumes of the most- eminent periods of the Bulgarian history are hidden in your alcoholic sparkles. I am among those who enjoyed your great flavor…”, writes the classic of the Bulgarian literature Luben Karavelov.

Strong rakia also known as “skorosmartnitsa” (meaning "fast killer") is viewd as a good one. When the alcohol content is too low, rakia is slightingly called “partsutsa” or “shlyokavitsa” and is usually used as medicine. The phrase Weak Rakia (slaba rakia) refers to a person with a weak character and low influence. The phrase Rakia Time (rakieno vreme) is also widely used in Bulgaria - this is the hour when this traditional alcoholic beverage is served before dinner - around 6PM.

Good rakia is a matter of pride for each good host and the brewing of rakia is a typically male job. Going to the local brewing pot is a good occasion for all men who love to brew rakia to spend the whole day away from home. This time is usually filled with various stories, jokes and giggles, accompanied with the tasting of this fiery beverage during the brewing process. Bulgarians use rakia to treat various illnesses and pains. In cases of common cold, people drink heated rakia with added honey or caramelized sugar. When people suffer from tooth-ache they rinse their mouth with rakia. In cases of ear-ache, they put cotton soaked with rakia in their ears to ease the pain. Various types of tinctures used for medical treatment are also made of rakia.

Rakia is a must on the table of the Bulgarian people. Field workers have few sips of this strong beverage each day after exhausting work in order to relax. People go to the local pubs during national holidays to drink several shots of rakia with friends and chat with them for a while. Hosts welcome guests with rakia in Bulgaria. It is also widely used on weddings and christenings.

Rakia and wine are also part of the folklore literature. Both beverages are even personified in the images of White Rada and Red Petko. Rakia is often associated with love and marriage. A song of praise reminding of a church hymn was dedicated to rakia, where this strong beverage is glorified as a martyr, for the “sufferings it went through during the brewing process”. 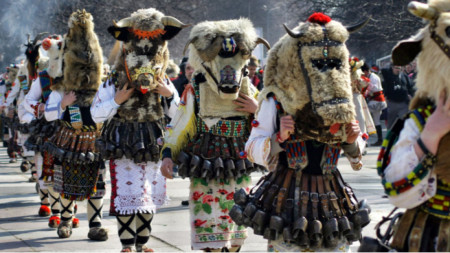 The idea of the kukeri (mummer) tradition is to showcase nature as it dies and then comes back to life – an inseparable element of traditional belief in Bulgaria. Imitating the acts of ploughing, sowing and harvesting, an initiation into.. 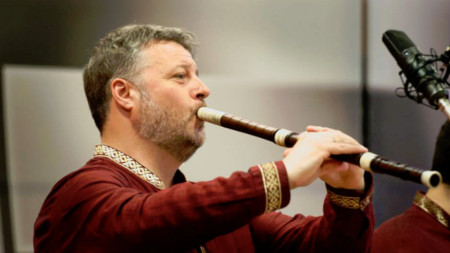 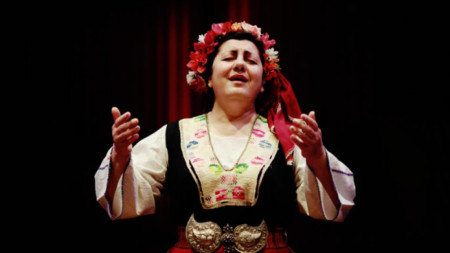 The idea of the kukeri (mummer) tradition is to showcase nature as it dies and then comes back to life – an inseparable element of..