Ours are fake moral principles 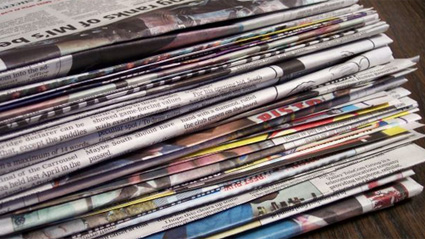 For 150 families this Easter will be a sad one. The reason – the air crash covered by the media in the world down to the minutest details, often breaching all moral norms. Journalists were torn between providing maximum information and refraining out of deference. Whereas it makes sense that the crash on 24 March continues to be at the focus of attention of the media in Germany, France and Spain, the relish with which the media in Bulgaria have been delving into everything that has anything to do with it, with no compassion or respect at all is a sign of  low moral principles.

In its Facebook profile one of the public TV networks in Germany was adamant it would not publish any top 10 or 100 of the worst air crashes, nor would it disclose any lurid details about the casualties or their families. To be honest, the TV network did not live up to this promise, at least not quite. Neither did the tabloid Bild, whose commentary after the crash resulted in an unprecedented boycott of the most widely read paper in Germany. The Germans say that in its coverage of the tragedy in the French Alps, the newspaper overstepped the bounds of decency by publishing all kinds of unsubstantiated speculations, conspiracy theories, photographs of the casualties and, last but not least, diclosed the name of the co-pilot. The boycott started out from a small petrol station which declared it would not be selling the tabloid, but this boycott may well be the beginning of a deeper process in which the public will take a closer look at the media and the role they play in society.

What was happening in Bulgaria at that time? The national TV networks, otherwise constantly whining for money, outdid themselves in the race for live coverage from the crash site and from the pilot‘s home town, paying for the expensive satellite uplink with Germany and France, aired speculative interviews with dubious experts, and all this for the sake of ratings. The more dramatic the way they presented the story, the more they thought this was great journalism. In Bulgaria too photographs of the co-pilot were published, his name is now a byword. But no one actually gave a thought to whether this was a good reaction, not to mention boycotting the scandal-mongering media.

One of the first lessons any journalist learns is the simple rule in law: innocent until proven guilty. Right after they learn that, journalists have to realize that we all have our privacy, even the alleged culprit in an air crash. These are ground rules but they are observed by but a handful of Bulgarian journalists. But journalists are human and we all have a penchant  for being Nosey Parkers. Since we have had social networks, inferior passions have run rife. Online everyone is a Jack of all trades – from football to the annexation of Crimea and the debt crisis in Greece, right down to cockpit rules. There again an exclusive recording of the flight‘s last minute is bandied about and the warning that it is not yet clear whether the recording is authentic or not does not seem to be reason enough to refrain from uploading it. What crashed in the Alps was more than an airplane with 150 people on board but the moral principles in journalism. 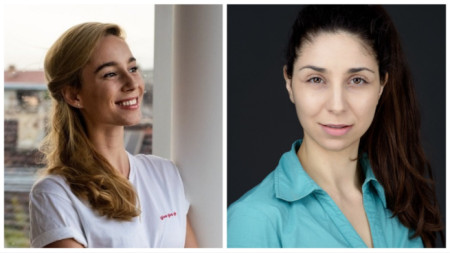 Two Bulgarian women with a WWF award for environmental protection

Eco-entrepreneurs Blazhka Dimitrova and Boryana Uzunova have been bestowed with the biggest award of the environmental organization WWF - the President's Youth Award, which is presented to young environmentalists from around the world. The two.. 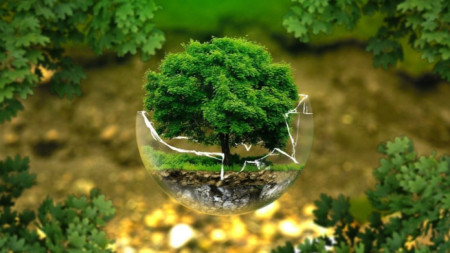 Two-thirds of the ocean area and three-quarters of the land have undergone significant changes as a result of human activity. Between 2010 and 2015 a total of 32 million hectares of forests had vanished. Within the next ten years, one out of four..

Paeonia tenuifolia is a beautiful perennial plant with fiery red flowers. It blooms in April and May and its stem reaches up to 40 centimeters in height. Wild peony grows in dry places, on stony calcareous terrains. In Bulgaria, it can be seen in..

Two Bulgarian women with a WWF award for environmental protection

Eco-entrepreneurs Blazhka Dimitrova and Boryana Uzunova have been bestowed with the biggest award of the environmental organization WWF - the President's..

Two-thirds of the ocean area and three-quarters of the land have undergone significant changes as a result of human activity. Between 2010 and 2015 a total..