„I never thought I'd read a romance set in Bulgaria but now that I have, I'm enchanted. I had to pull up Google maps and check it out“. This is just one of many positive reviews on Amazon which followed the publishing of one of few novels in recent years set in Bulgaria. Mystical Emona is an unusual love story between a samodiva (a mythical female creature from Slavic folklore) and an American artist in which the action takes place along the Bulgarian Black Sea coast. The novel which appeared on the US book market last autumn is written by a Bulgarian-American creative duo - freelance writer and artist Anelia Toncheva and New Hampshire-based writer and editor Rebecca Carter, who publish under the shared  pen name Ronesa Aveela.

This is the name on the cover of their new book “Love, Light, Rituals - Bulgarian myths, legends and folklore” which was released on the US book market at the end of May. The new volume focuses entirely on Bulgarian traditions and beliefs with their ancient origin and symbolism, presented in text and illustrations. Is the Bulgarian cultural heritage popular overseas? We talked to Anelia Toncheva who gave a special interview for Radio Bulgaria:

“After we published our first book, in many of the reviews we received people said it had helped them get to know life in Bulgaria and some of the ancient Bulgarian traditions. This helps form a very positive image of Bulgaria. My co-author Rebecca, who also has a deep interest in Bulgarian folklore, legends and the beauty of Bulgarian songs and dances, suggested that we write a second book dedicated to Bulgarian traditions that have survived through the centuries, structured into 4 parts - the number of seasons - and including descriptions of 12 rituals”.

The volume is not meant to be academic or an exhaustive work but to offer readers an insight  into Bulgarian culture, the authors say. Yet Bulgarians also have a lot to learn about Bulgarian traditions from this book, Anelia believes. Young people living abroad in different countries have been showing an enormous amount of interest. The authors have already received reviews from Spain, New Zealand and South Africa. The illustrations to the book are again by Anelia Toncheva as on the cover we see an image depicting the Bulgarian ritual Eniovden (Midsummer's Day) marked on June 24th. “This is a feast that I love very much, as it abounds in sunshine and light, as well as the magic of Bulgarian folklore”, Anelia says.

Anelia and Rebecca have already presented their second book at the Madara Bulgarian-American Center in Boston, as in the coming months they are planning a book launch at the University of Boston and the Bulgarian Consulate in New York. How does the Bulgarian community in Boston keep Bulgarian traditions alive?

“We honour many beautiful traditions. For example, the Day of the Rose started to be celebrated five years ago and it is organized by emigrants from the town of Kazanlak in Bulgaria's Valley of Roses. It brings in many people, not only Bulgarians but also Americans. Other events are organized by the Bulgarian Church Sveta Petka, the Bulgarian school which has been in existence for many years, and the Madara Center. People are happy when they come to our events; there are many Americans also participating in our dance groups, singing and visiting the National Bulgarian Folklore Festival in Koprivshtisa. As a whole, they respond to our culture very positively.”

Anelia is now on a trip across Bulgaria, where among other things, she is in search of old Bulgarian books that would provide further material for her future publications on Bulgarian traditions and folklore. 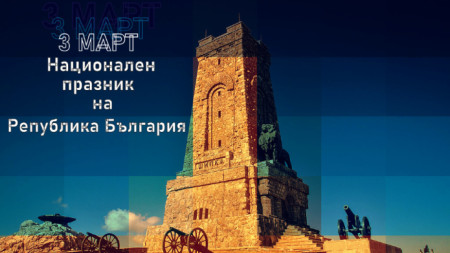