The young and ambitious chief conductor of the Bulgarian National Radio Symphony Orchestra maestro Rossen Gergov has selected an offbeat and quite intriguing program for the concert of the leading orchestra on 13 January under his baton at Bulgaria Hall. The audience will have the rare chance of enjoying two brand new works by young composers as well as the acclaimed Symphony No. 5 of Ludwig van Beethoven.

One of the two premiered works is an overture to the Ali Baba musical by markedly creative Rumen Boyazdhiev Jr. He is a composer and orchestrator and has teamed up with the BNR Symphony Orchestra on many occasions.

The second work to be premiered in Bulgaria is Frozen in Tim for marimba and orchestra by Avner Dorman who was born in Tel Aviv, Israel, in 1975 and is a graduate of the acclaimed Juilliard School, USA. Currently Dorman is music director of the CityMusic Cleveland Chamber Orchestra. The soloist at the concert will be young percussionist Vassilena Serafimova. In 2004 she graduated from the Panayot Pipkov National School of Arts in the Northern Bulgarian city of Pleven with a national diploma awarded by the Ministry of Education. She has been trained at the Versailles Conservatory (Conservatoire National de Région Versailles). In 2007 Vassilena began her studies at the ConservatoireNational Supérieur de Musique etDancedePariswithMichel Cerutti. She is a soloist of four French orchestras and has won a scholarship from the foundation Banque Populaire in France.

Maestro Rossen Gergov says more about the mix of contemporary works and classical pieces minutes after the final rehearsal of the BNR Symphony Orchestra:

„This concert is part of our idea to present new works to the public, and so we believe it is key to have world premieres of works of Bulgarian composers. Rumen Boyadzhiev Jr. is a composer and music arranger. He has offered to us his overture to the children's musical Ali Baba that we present on Friday night. I wanted to feature a more unusual soloist with this program so I invited Vassilena Serafimova (marimba). Marimba is a relatively rarely presented solo instrument, and she is already a name in percussions, and a very talented musician too. She suggested this concerto by Avner Dorman and the piece is fairly challenging to her as percussionist: it mixes jazz, rock and ethno elements. Music is labeled contemporary because it is created in the present. If you take Rumen Boyadzhiev Jr. he has used a traditional orchestra and sound. As to Beethoven's symphony I strongly hope it will be a magnet for audiences because it is very much loved. We are going to play it with plenty of energy and enthusiasm.”

Composer Rumen Boyadzhiev Jr. about the premiere of his work:

„The best reward for a composer is to listen to his work performed by a symphony orchestra. In Bulgaria the best of rewards is to listen to it played by the Radio Orchestra. This orchestra is special to me, because I have worked for it as instrumentalist, composer and music arranger. Once again I feel great pleasure, delight and an urge to go on. Listening to a work performed like this makes me happy. My idea is to compose a triptych consisting of three children's operettas based on famous tales. Two of them are by Hans Christian Andersen and the third one is Ali Baba and the Forty Thieves. This overture is the first thing completed from the second operetta that followed The Little Match Girl that turnout very successful - quite surprisingly to me. This is a great start for my premiere - played by this orchestra and this conductor. It will give me the direction of how to complete the musical that I hope kids will enjoy it.” 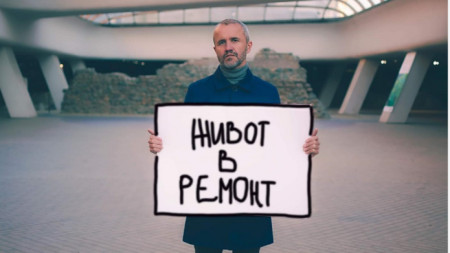 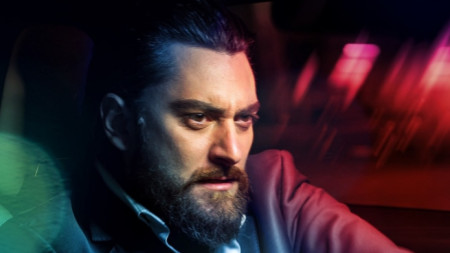