Litex Motors, the Bulgarian automobile company has initiated winding-up proceedings, in other words, it has gone bankrupt. Owner of the company that was supposed to assemble cars of the Great Wall brand in Bulgaria, sell them in the country and in Europe, was the Bulgarian Litex company with the participation of one of China’s leading carmakers. After existing for about five years, the company has now thrown in the towel.

How did it come to that and why has the fourth attempt to assemble cars in Bulgaria failed so dismally – after the failure of Fiat, Renault and Rover? Not to mention the Soviet Moskvitch, as part of what was then called socialist internationalism. In this case, we had partnership between the Chinese, who have a sound reputation of people who play by the rules on the one hand, and on the other, controversial Bulgarian businessman Grisha Ganchev – one of the “heroes” of dubious repute of the tempestuous and murky years of transition in Bulgaria from a centrally planned, command economy to a free market economy. Ganchev is one of few veterans of those times still among the living, with a powerful business and a murky reputation. How and why the Chinese chose to work with such a man is not quite clear, what is clear, however, is that he had the support of the Corporate Commercial Bank – the bank that went under after a colossal public scandal that cost the country 2 billion euro – and of its owner, now fugitive Tsvetan Vasilev, who is even now hiding out from the Bulgarian authorities in neighbouring Serbia. Besides partnering up with dubious characters, Great Wall doesn’t seem to be very good at doing the math either. To haul motor vehicle parts and aggregates over from China to Bulgaria and to assemble cars 10,000 kilometers away is a treat that is expensive, even though the prices of the Chinese cars in Bulgaria were pretty tempting even for Bulgarians, the poorest nation in Europe. While we are on the subject of Europe, it should be noted that the Chinese ambitions assigned a modest, even paltry place to the Bulgarian market as regards the sale of its finished goods. What they counted on was to use Bulgaria as a foothold for the European markets. They say that they managed to sell about 1,000 cars, a far cry from the idea of entering a market of over half a billion consumers.

Hungering for foreign investments, the Bulgarian authorities offered the carmaker quite a few perks, even purchasing ready cars for the needs of the administration. But – to no avail, the Chinese packed up and went, despite all the wooing. Besides getting favourable treatment by the authorities, Great Wall was also counting on finding cheap and qualified workers in Bulgaria. And there are plenty of examples – a dozen of the world’s biggest manufacturers of automobile parts and aggregates have been doing business in this country, and with success. That is something that the Chinese probably took note of when they were planning to invest in the country. But that was no help either. And so, despite the big dreams of former, and probably future prime minister of the country, Boyko Borissov of having a regular automotive plant in Bulgaria, things seem to have gone awry. Dreams that are hardly likely to turn into reality, seeing as the European market is glutted, whereas the domestic market is tiny, with around 30,000 cars bought and sold in Bulgaria a year. To the chagrin of leading carmakers, they are mostly second hand cars. But they do need spare parts, so they are not to be ignored entirely.

At the end of the day this whole story might turn out to be useful to foreign investors in Bulgaria, who will have to double their efforts and make a thorough and in-depth analysis of business conditions here, instead of outsourcing industries to Bulgaria of products that nobody will want to buy.

Trade between Bulgaria and Germany is expected to decline by nearly 6% in 2020 to about EUR 8 billion. In 2019, the Bulgaria-Germany trade amounted to EUR 8.5 billion. This is not a dramatic decline, Dr. Mitko Vasilev, CEO at the German-Bulgarian.. 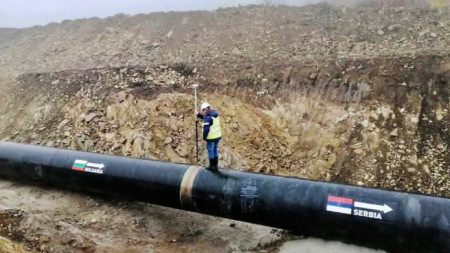 Bulgaria has the right to deny access to Balkan Stream's gas infrastructure. This is what the MPs wrote in the final amendments to the Energy Act. The right of this country to refuse access to the gas pipeline is related to the..

In 2021, interest rates on loans will remain at last year's levels - 4.5% to 6.5% for consumer loans and between 2.5% and 3.1% for mortgage loans, Tihomir Toshev, Executive Director of Credit Centerconsulting company, forecasted in an interview for.. Bulgaria has the right to deny access to Balkan Stream's gas infrastructure. This is what the MPs wrote in the final amendments to..

Trade between Bulgaria and Germany is expected to decline by nearly 6% in 2020 to about EUR 8 billion. In 2019, the Bulgaria-Germany trade amounted..