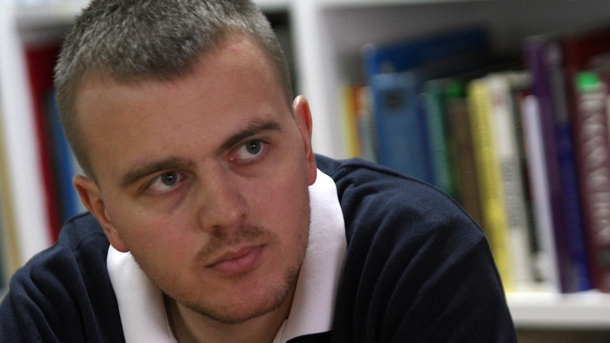 The topic of bureaucracy and its effect on business is nothing new to Bulgaria and has been the subject of discussion many a time. Public perception and most surveys indicate that it is a comparatively major issue, said economist Petar Ganev from the Institute for Market Economics in an interview for Radio Bulgaria.

To be able to provide an answer to the question what the real effect of red tape on businesses is, the institute created a “bureaucratic burden index”, based on a study of an imaginary model-company for the manufacture of metal equipment and the time it will take this company to cover the minimum of bureaucratic requirements in the country:

“We reached the conclusion that it takes no less than 56 steps per year and close to 175 working hours. What this means in practical terms is that the company has to spend one working month to be able to carry out the principal bureaucratic steps. They include an annual financial statement and paying different taxes. We also study how much time it would take if one worker were to be let go and appointed by mutual agreement, i.e. the hiring and dismissal of workers. We have also included labour safety and archiving of documents.”

Where is Bulgaria positioned compared to the other EU countries in terms of the bureaucratic burden on businesses?

“The picture in the other EU countries is not very different. On the whole, the harmonization of different policies that has been done has made conditions and markets uniform. Studies similar to our own have been conducted in the Czech Republic and in Slovakia and the results are very similar. In the Czech Republic bureaucracy takes up around 200 hours a year, in Slovakia – a little less than in Bulgaria. These countries studied the same type of company with the same bureaucratic steps, with some slight differences. In Slovakia, for example, every company is obligated to use food vouchers and that is a required element of the survey, whereas in Bulgaria this is not mandatory and does not entail the respective bureaucratic procedures.”

According to a number of studies of conditions of doing business (including by the World Bank), Bulgaria is not positioned all that badly within the EU. At the same time it is clear that the time it takes to go through certain bureaucratic procedures, such as paying taxes, for example, can be cut down appreciably, especially when more and more electronic services are introduced, Petar Ganev says and adds that when all is said and done, there is a tendency in Bulgaria towards easing the administrative burden. For example, the public and companies are now able to consult the National Social Security database online, or e-file their tax returns.

“With regard to labour safety, discussions are currently underway on dropping some of the required documents. So, every year the state is taking small steps, though a bigger step would, to my mind, be to look for ways to diversify the conditions for industry and for the other activities, such as, for example, office work, services, media, consulting, because there are spheres in which there is too much red tape which is more suited to the sphere of industry.”

The transition to e-government is a slow process, with some assessments and audits indicating that part of the money spent on e-government has been squandered on things that are incompatible, Petar Ganev says and adds:

“At this time, a discussion is taking place in the country on the issuance of health cards. At the same time ID cards will be able to contain information and serve as an electronic health card. In Estonia, for example, ID documents enable people to pass through all administrations, but that takes much better coordination. At this point each individual administration in Bulgaria tries to find an individual approach to the individual service they offer.”