The supreme body of Muslims in Bulgaria – the Grand Mufti, has handed over its initial awards for contribution to religion. Islam is the second largest religious denomination in this country. Poll data of the National Statistical Institute shows that there are nearly 1 milion Muslims in this country, or 12.2% of the population.

After the 1989 democratic changes in Bulgaria the Grand Mufti turned into a serious official institution, devoted to the organization, protection and management of this religion’s activities. As of this year it has started to give out awards by the name of the first spiritual leader of Bulgarian Muslims - Hodzhazade Mehmed Muhyiddin effendi and on the date of his election back in 1910 – December 8th.

Former President Rossen Plevneliev (2012 – 2017) was the first to receive the Hodzhazade Mehmed Muhyiddin effendi honorary award. He was distinguished for his efforts for unification of the society, for the institutional respect shown towards the Muslim religion and for his attitude of respect to the Muslim community. Chair of the Supreme Muslim Council Vedat Ahmed said that the major message, sent by these nominations was related with the good practices and examples for coexistence, tolerance and mutual respect between religions.

“Rossen Plevneliev gave an example for tolerant attitude, an example for reunification of the Bulgarian people. He paid special attention to the Muslim community in Bulgaria – something that had been missed prior to his term. The ex-president managed to prove that these people were part of the Bulgarian nation. At the start and the end of his term in office he visited the Mufti. He was the first head of state who organized for four years in a row exclusive Iftar evenings during the Ramadan month. Thus he showed respect towards the Muslim community. However, his attitude towards the repressions of the communist regime was the most important factor, as the Muslims were the ones who suffered the most back then.” The Supreme Muslim Council also handed the Hodzhazade Mehmed Muhyiddin effendi annual awards to the following persons: 92-year-old Mehmed Hamid Hodza from the Blagoevgrad village of Ribnovo for his contribution to the preservation and transfer of the Muslim identity to the young generation in Bulgaria; to Musa Durlu for his example as a parent, taking care of the breeding and education of his 5 children, who study at the Spiritual School in Momchilgrad; to a businessman from Veliko Tarnovo who was the first in Bulgaria to implement into his production the Halal certification for foods, produced in accordance with the Islamic rule. Young imam Erdinch Syuleyman was also distinguished with the prize for his innovative initiatives in the field of religious education that he applied in the village of Benkovski, Kardzhali region, and in other villages in the area.

The Grand Mufti intends to turn the Hodzhazade Mehmed Muhyiddin effendi award giving ceremony into an annual tradition, taking place on each December 8th as a sign of recognition for good coexistence and tolerance between religions. It is something, much needed by the ethnic and religious diversity in this country.

Photos: courtesy of the Grand Mufti 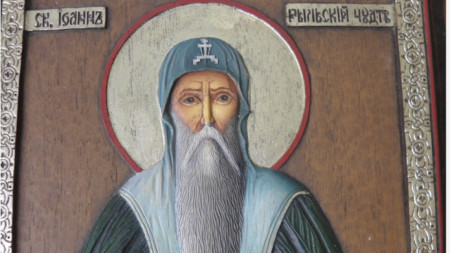 On 18 August the Bulgarian Orthodox church marks the Assumption of St. John (Yoan) of Rila, the most revered Bulgarian saint, protector of Bulgaria, also called the miracle-worker of Rila. John of Rila is one of the most prominent figures of the.. Archaeologists unearthed a new temple at Perperikon, Bulgarian News Agency BTA reports. According to archeologist Professor Nikolai Ovcharov , it is only ten meters from the famous altar chamber in the ancient palace, where the.. 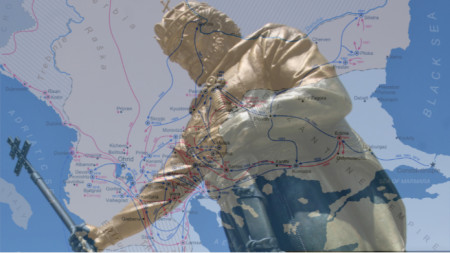