Ski season has started: 200 competitors from 30 countries to take part in World Ski Championships for Journalists in Pamporovo In the Bulgarian Winter Center of Pamporovo in the Rhodope Mountains the ski season has opened with new snow, renovated ski runs and hotels. The sunniest Bulgarian ski resort offers tourists three new free wifi zones and improved links between the slopes. Pamporovo Chief Executive Marian Belyakov announced there was growth of more than 60 percent on the British market and increased interest in the resort from neighboring Balkan countries. “The new and nice thing for our guests is that skiers will ride on much better runs, which thanks to the new grooming machines,” Marian Belyakov says. “We have modernized the artificial snowmaking equipment because it is clear that at the backdrop of changing weather conditions our resorts need artificial snow to function.”

According to Marian Belyakov, in the next few years a serious modernization and improvement will be seen in the Mechi Chal ski zone near Chepelare, where existing runs will be expanded. A few years ago, the ski areas of Pamporovo and Mechi Chal were united and started offering to the lovers of white sports greater variety. The forthcoming expansion of ski slopes in Bulgaria always raises concerns among environmentalists. Marian Belyakov, however, has no concerns:

“No trees will be felled here. It is more about correcting existing routes. The reason is that over time old runs have become overgrown with low vegetation that just needs to be cleaned. So, we will not go beyond the boundaries defined by the resort’s plan. There are no protected areas in the region that are subject to a special regime. And if it is necessary to cut trees in private lands, which are part of the resort's territory, this would happen with consent of the owners and respective afforestation provided elsewhere,” Belyakov said. And while enjoying strong interest in Pamporovo, the resort's chief executive is firm in his view that Bulgaria should once and for all stop promoting itself as a cheap tourist destination. This is simply not prestigious, and it is not always true, Belyakov says.

In the new season, the resort is also expecting a world-class event - at the end of February, Pamporovo will host the World Ski Championship for Journalists. From February 25 to March 4, nearly 200 representatives of world-leading media from over 30 countries from around the world will arrive in the resort.

“This means that Bulgaria, Bulgarian traditions, Bulgarian resorts, as well as our cuisine and culture will be shown by these media. I hope that colleagues will show the positive sides of Bulgaria, says chairman of the Bulgarian section at the Journalists International Ski Club,” Alexander Bogoyevlenski. “Participants have already expressed interest in Bulgarian topics, including the upcoming presidency of the Council of the EU and the European integration of the Western Balkans; Plovdiv as the European Capital of Culture in 2019; the production of essential oils, wine making, etc.” One more interesting event has been announced by the only Bulgarian Winter Olympic Champion Ekaterina Dafovska. On February 9th next year, we mark 20 years after she won her gold medal in biathlon. The event will be properly celebrated in her hometown of Chepelare and nearby Pamporovo. 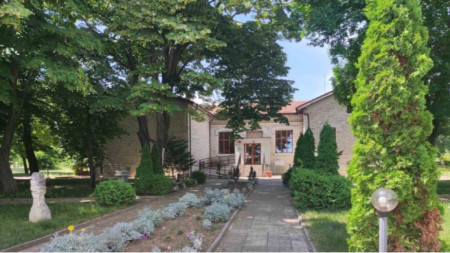