Demographic catastrophe in Bulgaria to result in economic collapse

Bulgaria is among the European countries which have had the largest decrease in population, statistics of Eurostat shows. The population in Bulgaria has been dwindling and ageing at the same time, experts from the European Union point out.

In 2017 a total of 57,175 babies were born in this country which has a population of 7.1 million people. Thus, Bulgaria marked a record-low birth-rate since 1945.The babies born in 2017 were nearly 8,000 less as compared to the previous 2016. Meanwhile, nearly 108,000 Bulgarians passed away in 2017, data of the National Statistical Institute shows. Moreover, many Bulgarians left this country to study and work abroad. It turns out that last year only the population of Bulgaria decreased with 65-70,000 people which equal the population of a medium-sized Bulgarian town.

This negative trend has started during the transition to democracy in times of unceasing economic, political, financial and social crises. Due to these crises and the deteriorating life standard of the Bulgarians many people chose to stay childless and the number of children in the Bulgarian families has been significantly reduced. The Bulgarian economy has been growing steadily and no crises occurred last year, but the demographic trend has not reversed. It turns out that the economic growth or the economic recession are not the only factors influencing the birth-rate. Then what matters the most for the Bulgarian people when they start planning the number of their children.

Of course, incomes come first, because it costs a lot to raise a child in this country. However, there are things that cannot be bought with money, even if people have such. For instance, there is still a shortage of kindergartens in some Bulgarian cities and access to pediatric care in some areas is limited. The state authorities have been making significant efforts in this direction and the number of newly-built kindergartens has increased. However, there is still a shortage of kindergartens and some parents are forced to rely on expensive private kindergartens, nannies or their elderly parents and relatives. What people can buy with EUR 20 a month? This is the sum allotted by the state for one child and the families with two or more children receive EUR 21 per month for each child. It looks like there is no acceptable way out of the current demographic catastrophe. This crisis is like a cluster bomb-when it explodes it damages everything around. Firstly, the Bulgarian economy will be affected by the deepening demographic crisis. The deficit of qualified workforce will be huge. Currently, nearly 14,000 Bulgarian children leave school each year, data of the Bulgarian Ministry of Education and Science shows. Most of them are from the Roma ethnicity. Education in their families is not respected and Bulgarian is not their mother tongue. Moreover, the highest birth rate is registered in this ethnic and social group and quite often twelve year-old girls without any education, skills and competence give birth.

The Bulgarian economy will suffer from the lack of qualified workforce and the lack of solvent clients, too. These are usually middle-aged people, whereas many young Bulgarians rely on the financial support of their parents and the elderly Bulgarians count on their meager pensions and social benefits. The share of insolvent elderly people (currently over 25% of the population) is yet to increase. According to the National Statistical Institute, the population in active age amounted to 4.3 million people by December 31, 2016. In other words, the number of employed Bulgarians is almost equal to the number of people relying on pensions, social benefits, scholarships, etc.

The highly-developed European countries usually take measures when their birth-rate dwindles significantly and their population is ageing. Bulgaria, however, has taken partial and bashful measures, because the authorities do not want to strain further the tense relations between the different ethnic groups. The generous European programmes for integration of minorities have not yielded any significant results and the problem has become even more complicated and difficult to solve. The authorities must find solution to this problem, but so far the strategies are only on paper. 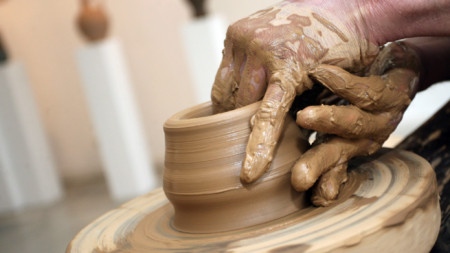 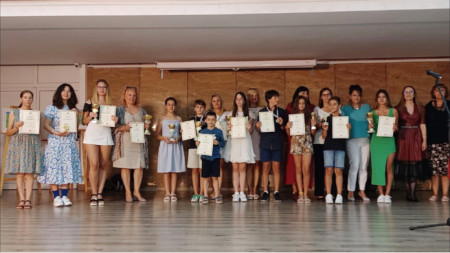