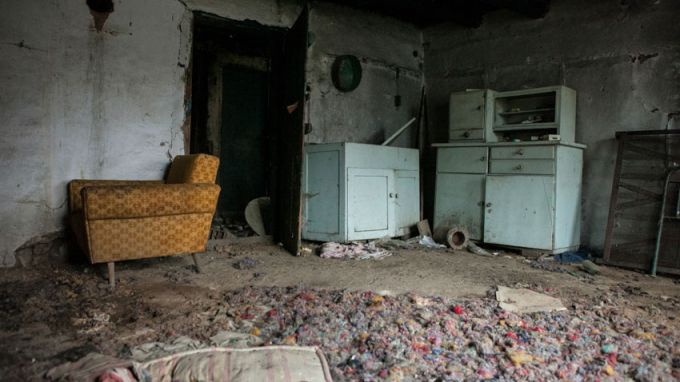 December 2016 data of the National Statistical Institute displayed a total of 566 villages with one-digit number of population. There are another 157 settlements without a single inhabitant. We have been witnessing the sustainable decline of population in Bulgaria over the past nearly 30 years, although with a different pace. This issue might be a bit invisible in the cities, but the image of many villages is creepy – empty streets with grass appearing through the asphalt, broken windows, tiles and doors – it all shows that no human has stepped there for a long time. The former inhabitants migrated a long time ago, looking to make living somewhere else. The reasons for depopulation are not only financial, but demographic. The low birth rate issue in Bulgaria had been long neglected and today the measures for coping with this challenge do not provide visible results, despite the presence of a vice premier on demographic policy in the current government. The following is the story of a person, whose goal is to reveal the stories of the people, living in the depopulated regions of the state. The man does this, because travelling makes him feel good and also he wants to ring the bell on the problems and concerns of a world, doomed to remain aside from streamline media attention. Former teacher in small settlements Evgeni Dimitrov tells us more on his motivation to start the "Nevidimite" (The Invisibles) series of illustrated stories: “The concrete occasion came in the fall of last year. I discovered a newspaper article, telling the story of a bus delivering bread to people across villages with no store. I was really impressed and so I decided to get involved into that thing. The first one that I and the project’s co-founder Nikolay Nikolov visited was the village of Berende, which had become popular across media with its church falling apart. However, at that time we were still learning and looking for the best possible methods of work. The people that we talk to are always smiling and ready to spare the time we need. The further away from the city we go, the easier the communication starts with more authentic people.” The duo selects the villages to be visited after certain consideration, as the latter should meet several criteria. The most important one is accessibility – the location should be within reach without the necessity of an off road vehicle, as they don’t have one. The number of inhabitants doesn’t matter that much, but the fewer the better, as the thrill there gets stronger. Evgeni claims that their project has great scientific potential, as further analysis can be performed in the future, based on their research and discussing the reasons for that situation. As far as the capabilities of the state to do something with the depopulated areas are concerned, Evgeni says that there are many, as he gives Germany as example – he has lived there in the course of three years. Elderly experienced people there meet with youth and pass on their knowledge and skills in exchange for care and nice attitude. In GB there is an entire ministry in charge of taking care of the Queen’s lonely subjects. The major reason for its establishment is that loneliness has been gradually turning into a global issue, preventing us from having full and dignified existence. There are few options for young people in Bulgaria who have never left the city and felt rural life. The Grandma Residence social initiative is one good example in that direction and Evgeni has been looking for cooperation with them. In 2015 a group of volunteers revived four depopulated villages in the Laki Municipality under that initiative. In one of them they placed a new church bell, in another they helped for the restoration of the church and in a third location they restored the bakery, which had been closed for years. As of 2016 the villages of the Northwest have been their goal, as people there also need their help, in order to start living in better looking and developed settlements.