The period after the Liberation of Bulgaria from Ottoman domination in 1878 to the end of the First World War, which ended with the signing of the Neuilly Peace Treaty in 1919, was filled with numerous losses for the country. In addition to war reparations totaling 2 250 000 gold francs, which Bulgaria had to pay to the winners, it lost large parts of its territory populated by Bulgarians. The provisions of the 1919 Treaty gave Southern Dobrudzha to Romania, and the region of Macedonia was split between Greece and Serbia. On November 6 1920, when Serbian troops occupied the regions of Tsaribrod, Bosilegrad, Strumitsa, Bulgaria lost the Western Outlands and part of the lands near the towns of Tran and Kula.

This forced many Bulgarians to seek safety in the capital Sofia and other Bulgarian cities, far from the border territories. Today, 99 years after the dark events of late autumn of 1919, the Bulgarian population, which remains in the detached lands, continues to uphold its rights and to keep the Bulgarian traditions and consciousness alive. The Day of the Western Outlands, which we mark annually on November 8 since 1991, is the occasion to focus on Bulgarians in Bosilegrad, in order to learn how the European perspective of Serbia, which the country received during the Bulgarian Presidency of the Council of EU, would influence and change their lives. “We, the Bulgarians, do not oppose Serbia - the country we live in, to join the European family. I am sure that this will be positive for everyone,” head of the Bulgarian Association “Glas” (Voice), Aleksandar Dimitrov from Bosilegrad says. “According to him, Bulgaria's unconditional and unreserved support may not be the most worthy position the Bulgarian government could have. There have been many unpleasant things happening lately. Recently in Serbia there were elections for a national council that were flawed. These were elections without choice and all this happened under the eye of the Serbian state. I am extremely disappointed, because in the past few years politicians like to say that relations between Bulgaria and Serbia have never been better. How can we believe them, as in practice in Bosilegrad this is not seen at all, or at least I do not see it. We cannot explain the absence of representatives of the Serbian state, for example at anniversaries like the one we recently celebrated - 20 years since the establishment of the Cultural and Information Center, or when we commemorate the anniversaries of Levski's death. We have had a monument of Levski in Bosilegrad and I have not yet seen a representative of the Serbian state next to the delegations coming from Bulgaria in front of the monument. How can this attitude convince me that things are changing in the right direction?”

Dimitrov also pointed out the Association's merits for the organization of several important roundtables in Bosilegrad, on topics such as education, media freedom, as well as preservation of nature in the region. Threats to the environment are real as depopulation of towns and villages has led to construction of many hydroelectric power plants and the development of various mining deposits that contaminate the scarce amount of water remaining outside the plants. Citizens have sent many letters to responsible institutions, but there have been no results, the President of “Glas” says.

However, there is a certain amount of optimism when it comes to Bulgarian media in Serbia. Let us recall that after a series of talks during the visit of Bulgarian President Rumen Radev to Serbia in June, it was agreed that Bulgarian media in the Western Outlands would receive funds from the Serbian state. Today, 5 months later, much of the financing has been received, allowing media staff to continue their work. 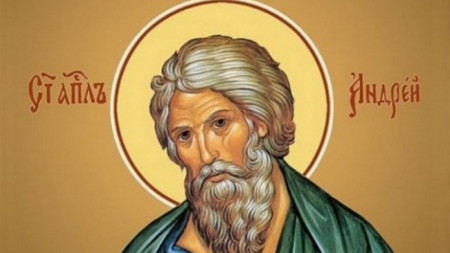