Radio Bulgaria has users in more than 150 countries

Radio Bulgaria reaches users in more than 150 countries through its internet pages in Bulgarian and nine foreign languages, which is an excellent achievement, Boyko Stankushev who works as analysts at the Programme Department of the Bulgarian National Radio pointed out. In 2018 the interest in Radio Bulgaria’s content by US users increased. The number of visits in publications in English was very high, followed by visits in Radio Bulgaria’s Greek and Spanish page from North and Latin America. In the USA the highest number of visits was registered in Illinois, which is not surprising, because of the huge Bulgarian community living in Chicago. In California huge internet activity was registered in areas with large technological parks and highly-educated people, i.e. we are talking in this case about a very high-quality audience.

English and Turkish are the most-popular languages among the users of Radio Bulgaria, Boyko Stankushev contends. Most Bulgarians with mixed marriages read both in Bulgarian and in the language of their wife or husband, especially in the region of Latin America where Radio Bulgaria’s pages are visited from 10 countries. Highest number of users was registered in Argentina, which is perhaps due to the fact that a lot of Bulgarians live in this Latin American country and many of them live in bilingual families. Here is another interesting fact- Radio Bulgaria is most popular in Albania based on the number of visits per capita ratio.

In 2018 when Bulgaria held its first rotating Presidency of the Council of the European Union, the Bulgarian National Radio managed to conduct a massive information campaign. Within the context of the rich language diversity in Europe, the information about the events held during the Bulgarian EU Presidency had to reach a broad audience. The Bulgarian National Radio was the only Bulgarian media which had the necessary organization and staff potential to fulfill this task through Radio Bulgaria’s team. Moreover, BNR launched a special site dedicated to Bulgaria’s Presidency of the Council of the EU where the news, the interviews and the analyses reached the audience in 9 foreign languages-English, German, French, Russian, Spanish, Serbian, Greek, Albanian and Turkish. Radio Bulgaria is among the nominees for 2018 Sirak Skitnik awards of the Bulgarian National Radio for significant contribution to the development of the BNR over its work during the Bulgarian EU Presidency and its traditional task to promote Bulgaria abroad.

The winners in this year’s edition of Sirak Skitnik awards will be announced on a gala evening tonight. The Bulgarian National Radio marks its 84th birthday with a conference dedicated to the future of public media in Bulgaria and Europe. 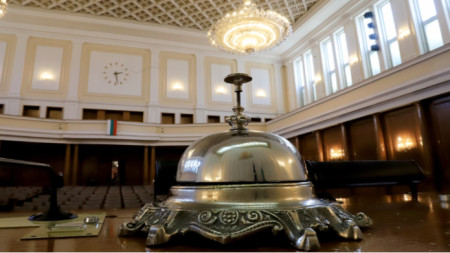 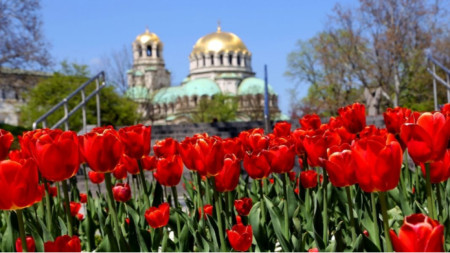 Today is the first sitting of the 45 th National Assembly elected on April 4. If we look for the symbolism in the choice of the date - April..