Bulgaria’s economy is constantly growing and despite the increase of exports, local consumption and investments it is experiencing huge deficit of workforce. In 2018 the GDP growth reached 3.1% and one year earlier it was to the tune of 3.6%. The International Monetary Fund and Fitch Ratings forecast that in 2019 this country’s economy will grow with 3.3%. However, Bulgaria significantly lags behind other countries from Central and Eastern Europe in terms of economic growth, because the economies of these countries grew with 6%-7%. This is mainly due to the deficit of human capital.

Almost all European countries experience deficit of workforce in certain sectors of their national economies. However, the situation in Bulgaria is quite specific due to several factors. Unemployment is the first factor. The number of unemployed people should be very low in a country with a huge deficit of workforce. However, this is not quite true in Bulgaria, although unemployment levels are acceptable – around 6.2%. These people are not part of the labor market, because they lack the necessary qualification and professional skills. In other words, we are talking about a group of people no employer would like to hire. Many young Bulgarians also fall into this category. According to data of the National Statistical Institute, 18% of all young Bulgarians aged between 15 and 29 neither work, nor study and live on social benefits or are supported financially by their parents.

The economically active people in Bulgaria amount to 3.24 million. According to the Bulgarian Industrial Capital Association (BICA), Bulgaria needs an extra 500,000 workers and the local employers are actively looking for personnel on the Bulgarian and the international labor market. Moreover, they hire people who already reached retirement age. The business urged the authorities to facilitate the access of foreign citizens to the Bulgarian labor market, mainly in the tourism field, but also in other sectors of the national economy. The authorities made such an attempt last year, when thousands of young Ukrainian, Belarusian and Moldovan nationals worked on the Bulgarian Black Sea resorts. However, this is not a permanent solution to the problem, because Bulgaria is the poorest country in the EU and offers low salaries, which makes it very unattractive for foreign workers, unlike the neighboring Greece and Turkey. The Bulgarian government contends that it would be much better if some of those 1.6 million Bulgarians who emigrated abroad returned to Bulgaria.  Thus, the local employers can use their experience and qualification. That is why the authorities are considering measures in this direction. However, it is an illusion to think that the shortage of labor force can be overcome with Bulgarian emigrants. The Bulgarian pensioners, who are growing in number and have the necessary skills and qualification, are much more promising. Besides, most of them receive very low pensions and need more money to live. Official data shows that a total of 146,000 Bulgarian pensioners are still working. However, the older workforce does not adapt that quickly to the new technologies and innovations.

The problem related to the deficit of human capital cannot be solved with a magic wand. Some of the problems are due to external factors, others to internal factors, but they have one thing in common-there is no quick solution to these problems. Bulgaria’s Minister of Labor and Social Policy Biser Petkov also admitted that. He forecasted that in 2032 the number of employed in Bulgaria will be 3.4% lower. This is a very realistic forecast, because data of BICA shows that there are 63 Bulgarians in active age per 100 pensioners. 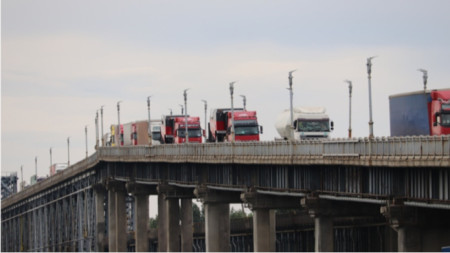 Nature this year has been kinder to beekeepers, providing them with warm rainy days in April, which created favourable conditions for the flowering of..