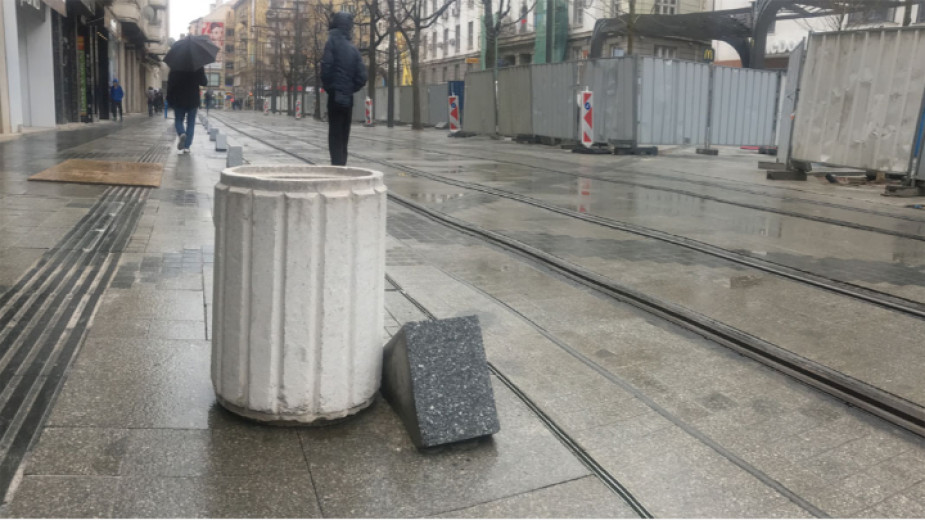 Sofia is celebrating 140 years since it was proclaimed capital of Bulgaria while the city’s centre is undergoing unending major repair work. The repair work is going ahead at a slow and painful pace due to poor planning, insufficient expertise of construction companies, architectural design flaws, ineffective control by the municipality.

Otherwise it is a good idea, the city centre was in need of renovation and adaptation to the conditions in a city that is constantly growing, with a population of upward of 1.5 million and an increasing tourist flow. In theory there should have been no problems, all the more so that the new architectural and urban solutions were presented and approved by experts, but also by representatives of the public. The pebbles in the shoe here are one of the central shopping streets of Sofia, Graf Ignatiev, and the tramway that runs along it, one more street, also central but far quieter, the street named after the patriarch of Bulgarian literature Ivan Vazov, the section of the street where the building of the Ministry of the Interior stands - 6 September – and three gardens in the very heart of the city – next to the magnificent Military Club building, the emblematic Sedmochlislenitsi (Holy Seven Saints) church and the impressive building of the National Assembly.

The repair works cost more than 10.5 million euro (almost entirely from European subsidies), and they were started in the summer of 2018. Underground infrastructure utilities, pavement surfaces, tram rails, garden furniture, landscape garden deigns etc., were all supposed to be renovated. But the repair works stretch on and nobody can tell when they will end, or how much they will ultimately cost. The main reason why there seems to be no end in sight are the interminable “repairs of the repairs”, as the people of Sofia have been calling the repairing of flaws in the repair work, and replacement of the substandard materials used.

The public definitely disliked the stone slates laid in the garden in front the Sedmochlislenitsi church and the contractor of the repair work was compelled to replace them. The same thing happened with the sidewalk safety barriers put up along the tramway lines along Graf Ignatiev Street.

A black granite monument with a water wall in Garibaldi Square elicited particularly scathing comments and, in the short space of just a few days was dubbed “The tomb”. The construction and repair work made life difficult for the people living in the heart of the city, but also for businesses. In the final count almost 70 percent of the shops along the shopping street Graf Ignatiev went bankrupt and had to close doors as the number of shoppers plummeted as they just couldn’t get to their doors. The shop owners are now suing city hall. Attorney at law Ivana Mourdzheva explained that they will bring collective action which, in her words, is an appropriate way for people to defend their rights and demand fair compensation from Sofia Municipality. City Hall has been saying, over and over again, that they are keeping a close watch on what is being done, and that if there are any delays or shoddy work, hefty fines will follow for the contract holder, and that the contract sum may even not be paid out at all. As things stand now, it would be next to impossible to find even a single person who is happy and pleased with what the Bulgarian capital looks like.

The saga with the repairs in downtown Sofia is unfolding in the run-up to the local elections, due this autumn, and there naturally arises the question - what effect the construction trials and tribulations will have on the popularity of the municipal councilors, and of mayor Fandakova herself, and on their approval rating with the people of Sofia. It is too early to tell because there is ample time until the autumn for the repair work to have been completed. Optimists say that ultimately, and at a nerve-wracking cost all will end well and Sofia’s centre after the repairs will be more attractive than ever. 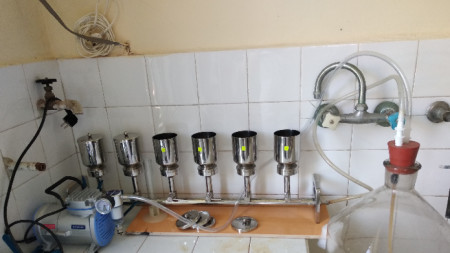 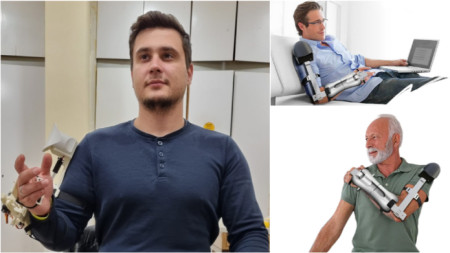