Workers in Bulgaria are falling behind in digital skills Bulgaria occupies one of the bottom places in the list of EU countries with regard to workforce digital skills, said the President of the Confederation of Independent Trade Unions in Bulgaria, CITUB, Plamen Dimitrov.

"We are flashing in red for yet another year in one of the five key spheres in which we are in critical condition - the digital skills of the population, and more specifically of the 3.2 million working Bulgarians," Plamen Dimitrov said.

Plamen Dimitrov once again called for European financing amounting to 1 billion euro for a period of 5 years, or 300 euro for every working Bulgarian. He cited as an example the fact that by 2020, AI bots will operate over 85 percent of all customer service activities. As of today, Bulgaria’s MPs will need a green certificate to enter the National Assembly building. Those who have not had Covid-19 or have not received vaccines, will undergo Covid-19 tests in special vans placed in front of the Parliament. The MPs..

Inflation will peak in March and April, Bulgaria’s Minister of Finance Assen Vassilev forecasted in an interview for the BNT. In his words, inflation will not exceed 10% and will fluctuate between 5% and 8%.  He voiced hopes that the 2022 state.. 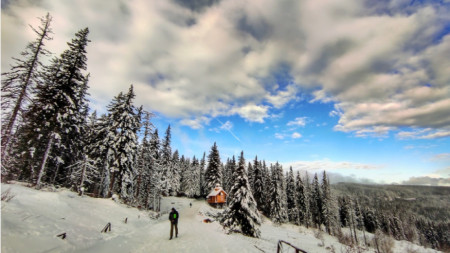 The weather  on Monday  will be predominantly cloudy. Moderate to strong northerly and northeasterly winds will continue to bring cold air. Light snow is expected in some parts of Northern and Western Bulgaria on Sunday night. The mountain areas..