Vanya Moneva: We are happy our message is reaching the audience

The Vanya Moneva choir after their concerts in Moscow 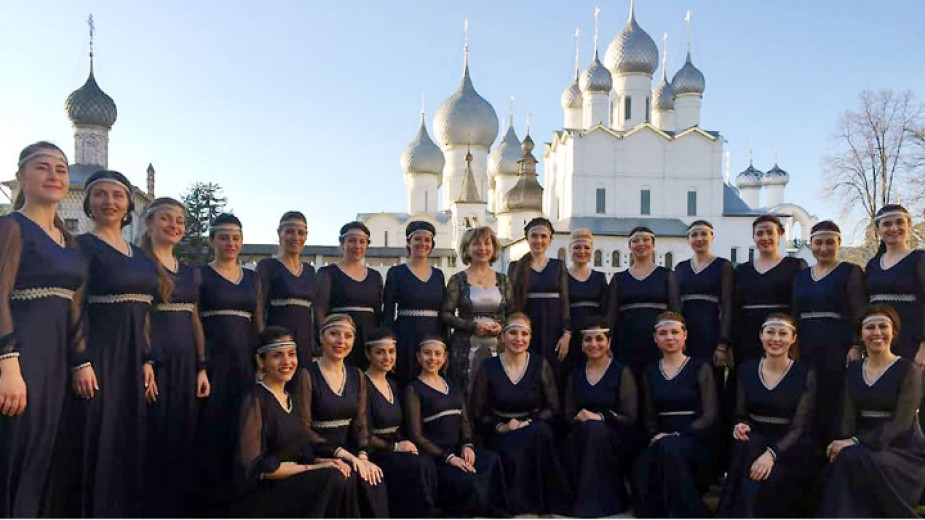 The Moscow Easter Festival was created in 2002 and it is one of the most important music forums in the world. The idea for the festival belongs to renowned Russian conductor Valery Gergiev, director of the Mariinsky Theatre and artistic director of the festival.

Every year the festival brings together hundreds of thousands of classical music lovers. The programme features symphony, choir, chamber concerts as well as bell-ringing. The festival is constantly broadening its geographic scope. Its 18th edition which ended just a few days ago included 145 towns in Russia and in 5 other countries, while the bell-ringing programme extended to over 100 churches.

The Vanya Moneva choir was among this year’s participants.

“That was the first time we took part in this prestigious festival,” Mrs. Moneva says. “It is a really high class event with a very special selection of participants – and I mean what I saw and heard at the gala concert in Tchaikovsky hall. Out of all participants six formations were selected and our choir was among them. We sang a 15-minute programme which included Orthodox chants, as well as some of the most vivid Bulgarian folk songs as arranged by Bulgarian composers. Both the audience and the organizers were impressed. In Tchaikovsky hall we performed alongside Acousta choir from Lithuania, the archdiocese children’s choir in Minsk, Belarus etc.

Tchaikovsky hall is one of the most prestigious concert halls in the world, with wonderful acoustics, dazzlingly beautiful. This concert was a very special moment. Bells set to different tones were placed on the edge of the stage and bell chimes announced the appearance of each choir. We had a concert at the Kremlin of Rostov – an incredibly beautiful museum in the region of Moscow. It was in fact our first concert and the audience welcomed us with much enthusiasm. That was a brilliant start and it inspired us. We had a very warm-hearted meeting with World War 2 veterans. An important element of the Easter Festival are the concerts for people unable to come to the concert halls. I was impressed by the beautiful concert hall and by the diverse cultural programme on every week at the Veterans’ Home. After the gala concert, on the last day of our stay we had two appearances. At the Resurrection of Christ Church in Sokolniki we were welcomed by protoiereus Alexander who presented us to the audience, spoke about the choir, about our successes, even about myself. That was a kind gesture. And after the concert he said to us: You brought to us a piece of heaven.”

The last concert by Vanya Moneva’s “cosmic girls” was at the Bulgarian embassy in Russia, and the attendees included diplomats, renowned musicians, painters, university lecturers.

“We obviously made an impression on that audience as well because we were being congratulated long after the concert was over. In Moscow we met many prominent figures. Maksim Dunayevsky, son of Issak Dunayevsky and director of the Moscow Philharmonic said that we had inspired him and announced that as of next year he will organize a festival of folk choirs in Moscow. Aleksandr Sokolov, Rector of the Moscow Conservatory said: “It is not just a female folk choir, it is choral art of the highest order.” There is no reward higher than this – that our message reaches the people and that experts are appreciative of our art. That is what matters to us most – to present Bulgaria wherever we may be in the world, to show that there are high quality choirs in this country, to show that Bulgarian music can well compete with any music from any part of the world.” In 2019 Bulgaria’s guitarist Stanislav Hvarchilkov surprised his Bulgarian fans with two different music programmes after fifteen years of absence from the local music stage. Stanislav has been playing on classical guitar for 30.. The China Philharmonic Orchestra had its first concert in this country last night, to a full house, in Bulgaria Hall under the baton of chief conductor Huang Yi. Set up in 2000, the orchestra demonstrates an enviable standard of.. There is just one day to go until an event that is truly rare – a concert featuring an opus by a world-famous composer thought to have been lost for over a century. Even more impressive – it is to be performed by Bulgarian musicians who have..