Bulgaria is against reception of migrants directly from the boats

Bulgaria’s Minister of Foreign Affairs Ekaterina Zaharieva and this country’s Minister of Interior Mladen Marinov participated at an informal meeting of the EU Foreign Affairs and Interior Ministers in Paris on topical problems of migration in the Mediterranean. The temporary measures cannot offer lasting solutions and a permanent mechanism covering the marine and the land borders is necessary, Minister Ekaterina Zaharieva pointed out. If we want to prevent illegal entries in the EU we must work intensively with all countries along the migrant route, Minister Zaharieva went on to say. The efforts towards effective fulfillment of the readmission agreements with third countries must continue Ekaterina Zaharieva pointed out. The Bulgarian ministers clearly said that they were against the reception of migrants directly from the boats.

A 66% drop in visits to shopping and leisure facilities, 36% less visits to market outlets, drugstores and pharmacies, passengers at bus stations, train stations and metro stations are reduced by 58% . Travels to jobs are reduced by one third. This is..

Budget salaries, staff not to be reduced

Bulgaria's Ministry of Finance is refraining from cutting budget salaries for the time being, said Minister of Finance Vladislav Goranov in parliament. So far, no staff reductions are envisaged, but staff appraisals in the state budget structures will be.. 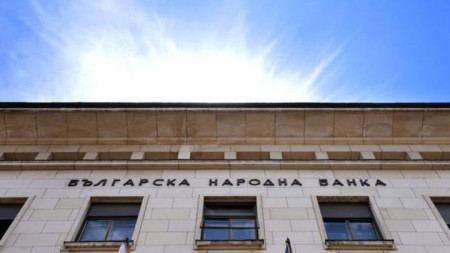 Bulgaria's central bank BNB has adopted the guidelines approved by the European Banking Authority for private moratoria on payments in light of the Covid-19 crisis. Payment moratoria are seen as an effective tool to address short-term liquidity..

School-goers will return to classrooms no earlier than 14 May There is no risk, as yet, to the school year if the state of emergency..

The number of people infected with COVID-19 in Bulgaria is probably several times higher than the officially registered. Only two out of all 11 COVID-19..

The pandemic sweeps low-quality foodstuffs off the Bulgarian market

The coronavirus pandemic has swept low-quality foodstuffs off the market. Imitation products have disappeared because there is no import of the raw..