Parallel with Grand Prix Sofia, 2019 – 3rd round of the national closed circuit motor racing championship (17 and 18 August), a national Safe Driving championship will take place in front of Georgi Asparuhov stadium for children and teenagers under 18. The participants in the competition will be able to drive a go kart or a car, and to check their knowledge of road traffic regulations.

“I have seen children who have been driving a go kart for a certain time gain control in different critical situations like slippery road surface etc. When such reflexes are attained at age 14-15 these skills are never lost, just like riding a bike. When they grow up these children become safe motorists,” explains Rosen Daskalov, manager of Sofia Car Motorsport. “That is why, together with the Bulgarian Karting Federation, we are proposing the introduction of a safe driving class at school. Finland is the only country that has such a system – children are taught from a very early age and by the time they graduate they are drivers. Following this model we established the national safe driving championship for children and teenagers which took place within the frameworks of Ruse Race Track in June this year. The participants drove go karts with an instructor. There were penalty points, traffic regulation tests and then they were ranked and there were prizes, just like the professional drivers taking part in Grand Prix Ruse.”

Creating a competitive environment can motivate adolescents to practice safe driving and be responsible road users, Rosen Daskalov says. That is why, besides the centres in big cities, mobile centres will be set up that will travel to smaller towns and villages, so that safe driving competitions can be organized in all parts of the country at least twice a year.

Part of the campaign is called Mission Zero, and it has already yielded concrete results in some countries:

“We have been making every effort to bring casualties on the road down to zero,” Ruslan Bazhdekov from the Road Safety Institute says. “Many EU countries apply this system, but there this was made possible after strong public pressure, i.e. society itself is aware of the need to take measures and gradually forced the administration to take such measures. Every kilometer of the road network there is examined by NGOs, as well as by government institutions. Last year there was one person killed in a road accident in Finland, and he was not Finnish, evidence that Mission Zero works. In Sweden there were 10 traffic fatalities, in Great Britain – several dozen. In the number of people killed on the road Bulgaria tops the list of EU countries, and is ahead even of Romania. To attain Mission Zero, roads need to be repaired, as well road surface markings because the road environment is the most important thing of all. In the countries where there is Mission Zero, each serious as well as moderate road accident is investigated to assess where the responsibility lies. If the garage and its poor quality car repair is the cause of the accident then the sanction is for the garage. If road conditions are the cause, then the responsibility lies with the state. But if it is a matter of human error, then the driving school is held accountable.” Master the Road is one more initiative in the safe driving campaign. Drivers who already have a driver’s licence will be able to hone their skills with safe driving training with professional instructors. They will get to know the basic rules of conduct on the road, the laws of physics, and in practical exercises, will be placed in arranged high-risk situations which they will have to master. The culmination of the campaign will be a spectacular drift show by professional Mirafiori team drivers. 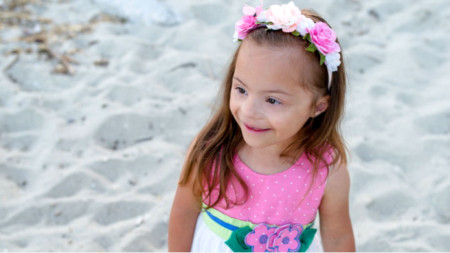 At age four Mikaela knows all letters, can recite the alphabet and a poem by Ran Bosilek. According to doctors she should not be able to do any of these things. Mikaela was born with Down syndrome. When she gave birth to.. 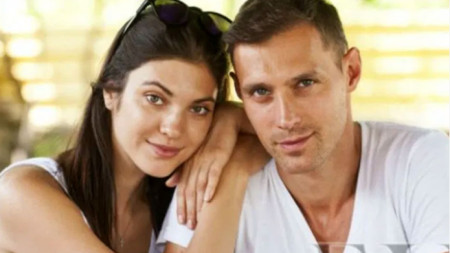 One could find everything in the lives of Valentina Dimitrova and Christian Vassilev – from the glamour of the catwalk and camera flashes, to the love that sparked after a meeting on the other side of the world and the enthusiasm of.. 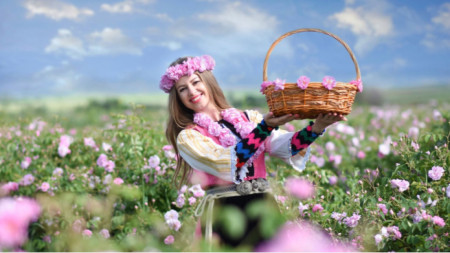 A beautiful woman with a wreath of roses will be the image of Bulgaria during the Summer Olympic Games in Tokyo. A photo of her will be used for printing an anniversary stamp in Japan. Inspired by a painting by Vladimir Dimitrov -..