Bulgaria’s economy gets positive assessments. Has it earned them?

As the year nears its end assessments of Bulgaria’s economy by observers, analysts and experts have been growing more and more positive. They practically all agree that it is in very good shape and that it will even outperform preliminary expectations of GDP growth for 2019.

In its autumn forecast the Ministry of Finance points out that the growth rate for this year is expected to reach 3.4 percent, with a tendency of a slight drop (0.1 percent) in 2020. Latest European Commission analyses tangibly raised expectations of an increase in the country’s GDP for the current year compared to the summer forecast of 3.3 percent. Now forecasts are for an increase of 3.6 percent, a figure that coincides with the forecast of the World Bank. Numbers that engender optimism among businesses, economists and analysts, as well as consumers in the country. A fact corroborated by a large-scale survey conducted in Europe with the participation of the Bulgarian Chamber of Commerce and Industry (BCCI) and involving more than 53,000 companies from 28 countries. In a comment, BCCI’s President Tsvetan Simeonov states that “2019 was a successful year for Bulgarian businesses because the economic growth rates in the country were comparatively high. Businesses are looking towards 2020 with even more optimism.”

Consumers themselves hold a similar view – that the overall economic situation in the country has improved over the past year, the National Statistical Institute says. In October this year the general consumer confidence index went up by 1.1 percent compared to July. The coming Christmas and New Year holidays are also expected to provide an additional impetus with the traditional gift-buying and stimulation of consumption and economic growth. According to a survey by the website pazaruvaj.com, consumers in Bulgaria plan to set aside an average of 351 Leva (180 EUR) for presents, the highest sum in five years.

The Bulgarian economy really is thriving, though at a rather moderate pace compared to the other former socialist countries, members of the EU where rates of 5-7 percent are registered regularly. Why so? A question that has one answer that stands out above all others – labour shortages coupled with a symbolic unemployment rate of just over 4 percent. Commenting on this fact, PM Boyko Borissov stated that, in practice, the only people who do not work in Bulgaria are those who do not want to.

The positive developments in the Bulgarian economy are due most of all to the good level of domestic consumer demand which is likely to even go up next year because of the planned increase in salaries and pensions. This will boost consumption and economic growth, and will make up for any possible drop in exports. A drop in exports is increasingly being cited as an engine of economic growth. The economic parameters for 2019 would have been even better had there not been signs of a downturn in some of Bulgaria’s major foreign trade partners, such as Germany.

In the final analysis 2019 will be a pretty good year economically, to be followed by a negligible decline in 2020. The Bulgarian economy continues to grow, slowly but surely, and Bulgarians are growing more prosperous. So that the positive assessments it is getting are fully merited. 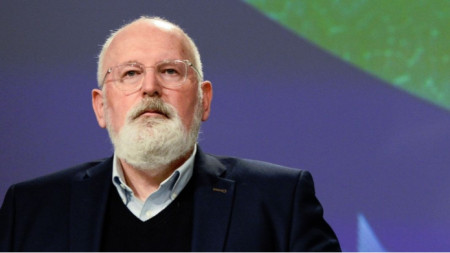 The use of natural gas must be an “intermediary step” towards the creation of a carbon neutral economy, something that is especially true of Bulgaria, European Commission Executive Vice-President Frans Timmermans said in answer to a question from the..

It is already summer, and this is the season that largely determines what our bread will be like during the year. Times are changing, today the field work is fully mechanized and yet the days in late June and early July are filled with anxious..

Organic saffron by the sea – a mission difficult though not impossible

When spring comes it comes with the delicate petals of saffron, and by autumn it has become a product whose weight is worth more than gold. Saffron is “the spice of life” for the family of artist Katya Ivanova. She is from Kyustendil..