Ergünal Sabri - Ogi has won a cup and a gold medal for Bulgaria at the Živorad Rajšić Rajša Memorial Tournament held in the Serbian city of Šabac in the period November 23 – November 24. He competed for the National Boxing Team.

“Serbia, Croatia, Macedonia participated, and I had to face the best Serbian boxer at the tournament – Omer Ametovic. I was able to overcome him. The match itself was very attractive as my opponent was born in the city of Šabac and the whole audience was cheering for him. I'm very pleased with myself,” Ergünal Sabri says.

The 18-year-old boxer studies at the Hristo Botev Language School in the city of Kardzhali. He has already achieved remarkable successes in his favorite sport – he is two-time European Champion for 2019 /for juniors and men/, 11 times champion of Bulgaria and two-time athlete of the year in Kardzhali.

Ergünal started boxing by chance. At the age of 11 he was at a football training session when he learned that there was a boxing tournament in Kardzhali at the time. He went to see it and after the end of the tournament he decided to go to the local Arda Boxing Club, where he met his first coach Stoyan Uzunov. "I saw that this child had a talent. We started serious training. After two years of training, he had not yet won any medals, but I could see in him the talent that he has,” boxing coach Stoyan Uzunov says and recalls an event from 2013: “We have a tradition to take individual photos of the boxers with their medals. I also wanted Ergünal to have an individual photo. He asked me why we were taking a photo of him as he had no medals yet and asked what we were going to write on it. I told him that we would write ‘Project: Olympic Champion.’

His successes so far are not small, but I believe that Ergünal’s biggest successes are yet to come. Not only does he have the potential, but he has the discipline that is rare in boxing. I believe that sooner or later he will achieve great boxing success. In Bulgaria, he has never had a loss among the teenagers and the men.”

Stoyan Uzunov is currently the only coach and chairman of Arda Boxing and hopes that in the future Ergünal would take its place.

Ergünal practices every day for an hour and a half and has an individual workout after school. This way the total time spent on sports training is four hours a day. What does sport give him in addition to the thrill of victories and medals?

After the 12th grade Ergünal plans to combine studying, career and sports. The young talent told us more about the intricacies of boxing:

"Boxing is not about getting in the ring and fighting. Boxing is an art. You need to learn new moves, punches, but it's not like a street fight. Boxing has rules, points, etc..."

Ergünal Sabri also told us about the boxers whom he sees as role models:

"The Bulgarian boxers from the past like Ivaylo Marinov, Serafim Todorov, Daniel Petrov, as well as Peter Lesov, Georgi Kostadinov – these are some of the best boxers in Bulgaria." 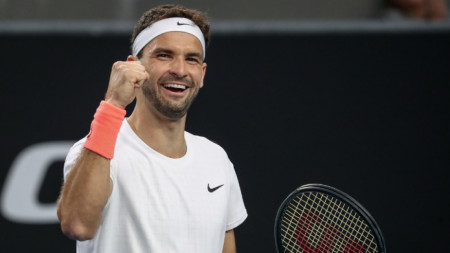 Today, Bulgaria’s most successful male tennis player Grigor Dimitrov celebrates his 30th anniversary in his home town of Haskovo, together with his parents and his fiancée. Grigor Dimitrov’s brilliant sports career began on the tennis courts in his..

A total of 35 crews will take part in the 51st edition of Rally Bulgaria, which will be held in the regions of Varna and Shumen. There are 11 foreign crews, chairman of the Bulgarian Automobile Sports Federation, Kamen Mihaylov, said. Turkey will..

Bulgaria is going to have three badminton players at the Olympics in Tokyo – two-times European doubles champions Stefani and Gabriela Stoeva, and Linda Zetchiri as a singles competitor, Antranik Kasabyan, Chief Executive Director of the.. Today, Bulgaria’s most successful male tennis player Grigor Dimitrov celebrates his 30th anniversary in his home town of Haskovo, together with his..