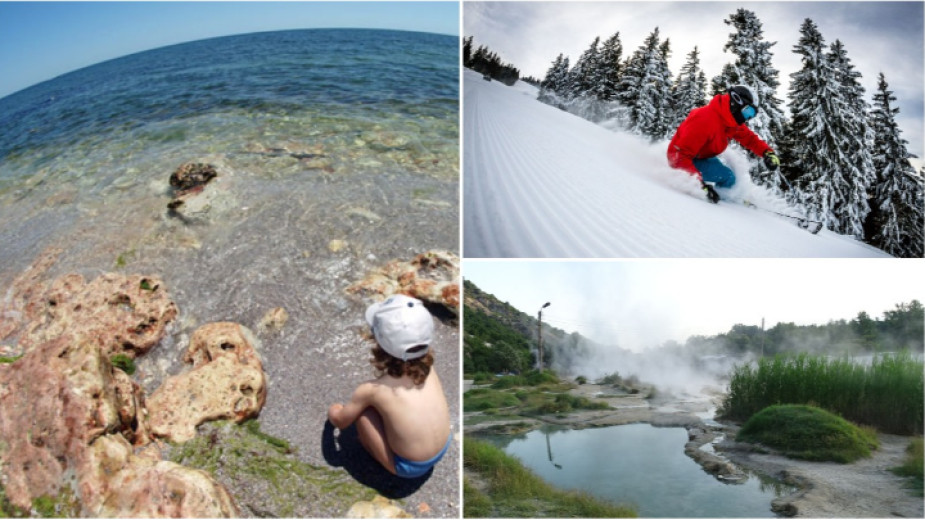 The Bulgarian Ministry of Tourism presented its annual awards, which over a hundred companies, municipalities and media competed for. The winner in each of the 16 categories was selected by online voting. In her address Bulgarian Minister of Tourism Nikolina Angelkova pointed out that in the short time since the ministry has existed, it has achieved extremely good results and with the help of Prime Minister Boyko Borissov and colleagues from the Cabinet, tourism has become a national priority:

“Year 2019 was full of difficulties, challenges and tasks that all of us working in the sector had to do. This was not only because of extremely strong international competition, but also with regard to the bankruptcy of one of the largest international tour operators. Together we have been able to move forward in the search of working solutions for the sector. I want to thank the National Assembly, because without the support of the Members of Parliament, we would not have been able to realize our priorities. Without them we would not be able to continue to change the Tourism Act in the right direction so that we can upgrade the tourism product we have. Many thanks to the mayors and the tourism sector as a whole, because without joint efforts, we cannot show the beautiful and little-known tourist destination in Bulgaria.”

The award for the best mountain tourism municipality was awarded to Samokov, while Varna received the award for sea tourism. The municipality of Sliven was also among the winners, receiving the award for the best municipality for cultural and historical tourism. In some of the 16 categories, there were surprises. For example, the first place in the category "Choice of Bulgarians" went to the Historical Park opened this year, located near the village of Neofit Rilski in Varna and the prize for a tourist destination was awarded to the Rupite area near the town of Petrich. Deputy Mayor of Petrich Iliyana Popova considers the award a great recognition, as in the past few years and as a result of hard work, the region of Petrich has been regaining its glory as a tourist destination.

“I am very happy that our first prize this year is for the Rupite area. We deliberately applied with the name Rupite area, although at this point we could designate at least three separate tourist spots. These are the Vanga Complex, the ancient city of Heraklea Sintica and, of course, the protected natural area. The whole place is unique, so we couldn't separate visitors from the ancient city and those from the Vanga Complex (https://bnr.bg/radiobulgaria/post/100720178/de) because it is all connected. Vanga claimed that there was an ancient city there and she turned out to be right.”

For the second consecutive year, editor in the Spanish section of Radio Bulgaria, Martha Ross received an award in the category "Internet Blog on Tourism in Bulgaria ". Her article, dedicated to the 10 places worth visiting near Veliko Tarnovo, attracted the attention of the jury and she was among the finalists, collecting 61% of the vote.

“Thank you very much for this award as it is a huge honor to me,” Martha said at the award ceremony. “I am from Spain and have been living in Bulgaria for 11 years and in the future I will continue to present your country as a tourist destination to my Spanish speaking readers.” And if we look through the eyes of Martha Ross, we would see that the most interesting places in the area of ​​the old Bulgarian capital that are worth a visit are:

Martha's reason for writing about tourist destinations is that she loves traveling across Bulgaria with her family, as well as taking photos and collecting information for her blog so that other people can also visit these impressive places in Bulgaria.