The European Commission will make an additional impact assessment of the provisions of the Mobility package related to the return of the cargo vehicles once every eight weeks to the country of registration and the restrictions for combined transport operations. These provisions do not correspond with the ambitions of the European Green Deal and the functioning of the common European market, the EC contends.

Tension escalated in the recent months on occasion of the Mobility package, which had the ambition to regulate better international cargo transport in the European Union. Moreover, many experts and European governments contested the Mobility package. Some EU member states announced they were against the amendments to the provisions in this package the moment they were made public. According to the countries opposing the Mobility package, the haulers from the rich and more developed European countries would benefit the most from the new texts at the expense of their colleagues from the poorer part of Europe. At first glance, the changes seem to make the job of the transport workers and haulers easier, to guarantee their rights and allow them to work in better conditions. We are talking in particular about three significant changes – restrictions on combined transport, the return of the cargo vehicles to their country of registration once every two months, the obligation of the drivers to return to their home country once a month. Besides, a restriction on the time drivers spend in their truck cabin is introduced, which means that drivers must rest in a hotel at the expense of their transport companies. These measures cost a lot of money and many transport companies from Eastern Europe cannot afford it.

The Bulgarian authorities and drivers of cargo vehicles and TIR trucks are surely happy with the latest decision of the EC to block the Mobility package. They were warning repeatedly that driving back and forth across Europe with empty trucks and coming back to Bulgaria quite often would significantly increase air pollution in Europe, which contradicts to one of the priorities of the new European Commission and its President Ursula von der Leyen to protect environment. On this occasion Bulgaria’s Minister of Transport, Information Technology and Communications Rosen Zhelyazkov said: “Transport is a key sector for the Bulgarian economy. The number of registered cargo vehicles amounts to 25,800 and the average age of these vehicles is three years. Imagine these trucks travelling more than 2,000 kilometers across Europe completely empty due to disproportionate rules and regulations which discriminate the EU countries in the periphery”. Romania, Poland, Hungary, Latvia and Lithuania voiced similar position. Bulgaria’s Premier Boyko Borissov said directly: “The decision of the European Commissioners is based on the fact that the new rules under the Mobility Package, especially the provision that envisages the return of empty trucks to their country of registration, do not help, but on the contrary- they impede the efforts to protect environment”.

Despite the resistance, the EC, the European Parliament and the European Council reached an agreement on this issue in the beginning of December. Now the package will remain blocked until the results of the additional verification are announced. No one knows when exactly these results will be made public. In any case, however, Bulgaria intends to approach the Court of Justice of the European Union together with five other countries in connection with “the discriminatory clauses and provisions in the Mobility Package”. 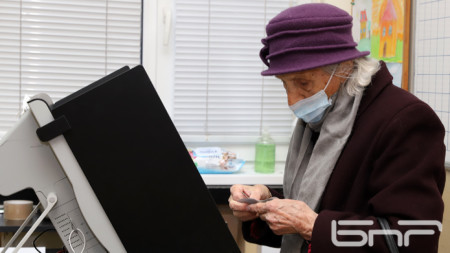 What does voters’ reluctance to go to the polls at the presidential runoff tell us?

The 4 th election day for 2021 registered an extremely low voter turnout in the country, barely clearing 30% (30.3%). Rumen Radev, who, according to inconclusive results wins the presidential election, commented the low motivation of the voters,.. The third elections for parliament in the country for the year are now over. What made them different was that they were combined with regular elections for president and vice-president. Whereas the presidential election will be decided at..