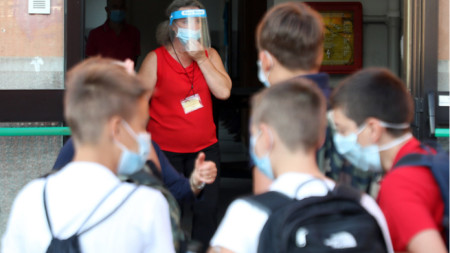 After articles with manipulative suggestions about illegal actions of employees of the Migration Directorate - "expulsion" and "deportation" of a Turkish citizen to the Republic of Turkey , the Ministry of Interior categorically states that those.. The banking system has not been directly hit by the coronavirus crisis. At the moment it is stable and there is no increase in interest rates on loans, banker Levon Hampartzoumian has told bTV. Comparing the current financial crisis with the..

In order to meet the needs of its clients and address the dynamic situation amid the coronavirus pandemic, Bulgaria’s national carrier Bulgaria Air has..

189 cases of Covid-19 have been confirmed in Bulgaria in the past 24 hours out of 6,042 PCR tests performed , data of the Single Coronavirus Information..

University of Pittsburgh School of Medicine researchers, led by a Bulgarian scientist have isolated the smallest biological molecule to date that..