At a joint meeting of the Greek and Bulgarian governments in Alexandroupolis, agreements in the spheres of transport, investments and tourism have been signed. Cross-border railway transport is going to facilitated as a step towards full integration in the Trans-European Network (TEN-T).

The neighboring countries will also be working together in the organization of joint tourist events. A Memorandum on co-operation in investments and mutual assistance in applying for common European projects has also been signed. Bulgarian Prime Minister Boyko Borissov has thanked for the co-operation in combating illegal immigration. He has called on the military to start thinking about joint air policing and said Bulgaria was ready to be of help to Greece in settling disputes with Turkey.

Bulgaria makes masks mandatory at public places All Bulgarians must wear face-protection mask at indoor or outdoor public places, this country’s Minister of Health Kiril Ananiev has ordered. The control of the new measure is assigned.. 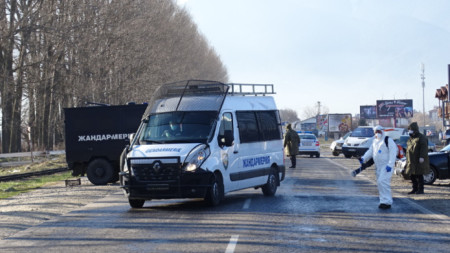 Full quarantine in Bansko to be cancelled on March 31

The fourteen day quarantine in the town of Bansko will be cancelled at 7pm on March 31. The anti-epidemic measures which are in place in the whole country remain. The winter resort has been under a full quarantine since March 18 and was the first town..

The Bulgarian banks are ready to defer credit contributions, the Chairman of the Association of Banks in Bulgaria Petar Andronov said. This is expected to happen after April 1 when the loan deferral procedure will be clear. The banks are working..

All Bulgarians must wear face-protection mask at indoor or outdoor public places, this country’s Minister of Health Kiril Ananiev has ordered . The..

Over the past 24 hours the authorities in Bulgaria have stepped up enormously the penalization of persons not complying with the measures against the..

Bulgarian infectologist: Actual mortality rate from COVID-19 is much lower

The actual number of people infected by the new coronavirus in Bulgaria is ten times higher that the number of COVID-19 cases announced until now..