Media in Turkey have reported that around midnight, nearly 300 migrants, including women and children started to make their way to the border between Bulgaria and Greece in the province of Edirne. Among them were Syrians, Iranians, Iraqis, Pakistanis and Moroccans. After 33 Turkish soldiers were killed in an air strike by Syrian government forces in the northwestern province of Idlib yesterday, a spokesman for Ankara authorities said that while awaiting more Idlib refugees, police, the coastguard and Turkish border forces have been ordered not to impede refugees traveling by land and sea.

Bulgarian artists whose monthly incomes were below EUR 500 in 2019 will receive one minimum salary, including the social security contributions, in the months during the state of emergency and the month after its end, Bulgaria’s Minister of Culture.. 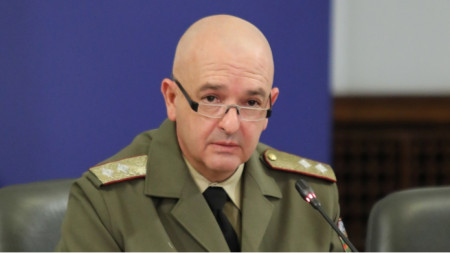 Covid-19 cases in Bulgaria up 2.1% as compared to Thursday

13 new cases of Covid-19 were registered in the past 24 hours in Bulgaria, the head of the National Crisis Headquarters General Ventsislav Mutafchiyski announced at the Friday morning briefing . 5 of these people were admitted to hospital. The total..

The Catholic Church marks Good Friday today. The liturgies in Bulgaria will be served without the presence of believers, due to the restrictive measures adopted over the Covid-19 epidemic. Because of the epidemic measured during the Holy Week, the.. Bulgaria ’s Minister of Agriculture and Food Desislava Taneva called on the Bulgarian farmers to declare their staffing needs in a timely manner. The..

Slight increase in number of coronavirus-infected patients, cases now total 593 Today, 12 new cases of Covid-19 infection have been confirmed in..

Minister of Agriculture and Food Desislava Taneva said that chain stores in the country are not responding to the proposal of the agriculture ministry..