Photo: BGNES
The Bulgarian Parliament has approved at first reading the proposal of the cabinet to extend the state of emergency in Bulgaria until May 13, 2020. A total of 122 MPs voted In favour of the proposal, 47 MPs voted against, and 7 abstained from voting.

The proposal was submitted by the Council of Ministers on 2 April, 2020. The left wing demanded that the ruling coalition make an analysis of the effect of the restrictive measures to date, stating that the state of emergency should remain in place until the end of April. GERB party accused them of failing to understand the gravity of the problem. The Movement for Rights and Freedoms, DPS, supported the proposal to extend the state of emergency but demanded a discussion of the government’s measures.

The second reading of the motion in the plenary hall is expected to take place on Monday,  April 6.
Radio Bulgaria News IMPORTANT INFORMATION ON CORONAVIRUS    COVID-19 state of emergency

Philologists have submitted a request to the Bulgarian Institute for Standardization for keyboard changes in compliance with the Bulgarian state standards. They motivate their request with the need to update the norms which date from 1978... 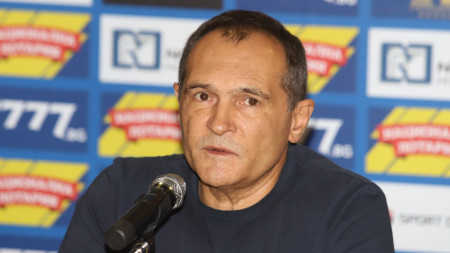 Czech SAZKA with an interest in National Lottery

“The Czech SAZKA has made a non-binding offer for the purchase of 51% of the National Lottery,” the company told the BNR, adding that the current owner – Vasil Bozhkov who is in Dubai - declined. The company states that they are also concerned..