Nursing home in Israel preserves the spirit of Bulgaria

"With gratitude to the Bulgarian people who saved their Jewish brothers and sisters from the inferno of the Holocaust in 1943." This huge inscription on the wall at the entrance of the nursery home in the Israeli city of Rishon LeZion will forever be a token of the appreciation of the people who escaped the Nazi gas chambers thanks to the involvement of Bulgarians.

The nursing home located in the middle of a huge park on the outskirts of Rishon LeZion, Israel’s fourth biggest city, was founded in the 1950s. The settlers from Bulgaria would give a portion of their daily living to provide for their old age, says one of the oldest members of the nursery home governing board, Nesim Levy. He himself arrived in Israel from Bulgaria at the age of only 8. According to him, Bulgarian until recently was the main language spoken in the complex.

"The story of the nursing home began with the organization of the Bulgarian Jews in Israel”, he recalls. “They used to write down the names of Bulgarian Jews in order to provide them with state benefits. Then, 2% of this money was collected to buy the first building of the care home. With the proceeds, we were able to build also a second building and today we are one of the largest such institutions in Israel. We all work on a volunteer basis here except for the doctors and nurses. We have 420 residents and 200 staff members. At the time, only Bulgarian Jews could live in the home, but as they pass away one by one, we already have people from Russia, Romania, Morocco and many other countries.”

People in the home have forgotten neither their first homeland, nor their gratitude to the Bulgarian people and try to always show it. It is not by chance that in the 1990s, when Bulgaria experienced a major economic crisis, they raised money and planes with various foodstuffs flew to the country. Milk tanks arrived for the children in Bulgaria’s town of Kyustendil, where the delegation of the rescuers of Bulgarian Jews departed in 1943.

"We raised money for the synagogue in Sofia, for the construction of the museum in honour of Dimitar Peshev in Kyustendil," adds Nesim Levy. "A few months ago, with My whole family - 16 people - my wife, children, daughters-in-law, sons-in-law and grandchildren, we visited the museum and travelled around Bulgaria."

Before the quarantine because of Covid-19 was introduced, animators, gymnastics instructors, leaders of theatrical, dance and music groups revived the nursing home. But the epidemic also put to the test its residents, since one third of the victims of the contagion in Israel are residents of such social care homes. According to the temporary director of the facility, Asher Arpaz, incoming staff members had spread the contagion also there.

"I am of the second generation of Bulgarian Jews in Israel and I was born here," he recounts. “As an assistant to the chairman of Organization of Bulgarian Jews, I took charge of the Beit Avot (the nursery home) because the coronavirus makes it difficult to find a candidate for the director’s post. When the epidemic started, we banned visits to the home, we bought masks, gloves and protective clothing with our own funds, and started testing the people. Unfortunately, probably through staff members who also work elsewhere, the infection came to us and 20 people tested positive for Covid-19. But once we started taking action, we have no more cases at the home. We have resumed our music and gymnastics classes and hope to return to our normal lifestyle soon.”

One of the latest initiatives at the Rishon LeZion nursery home is to throw a generational bridge between seniors and children. And although every child has his or her own grandparents, there is always something to learn from people with a larger life experience. That is why Asher Arpaz's team intends, as soon as the restrictions are removed, to organize groups of children from kindergartens and schools to come and meet the elderly residents of the home. A new initiative has been born among the businessmen with Bulgarian roots in Israel entitled "Adopt an Elder" aimed at supporting both financially and with various other gestures the vanishing generation of people born in Bulgaria.

Bulgaria's Food Agency has authorized the return from Norway to Bulgaria of a chihuahua named Raya, which was threatened with euthanasia due to an invalid passport. The case received an international response after the call of world-famous actor.. 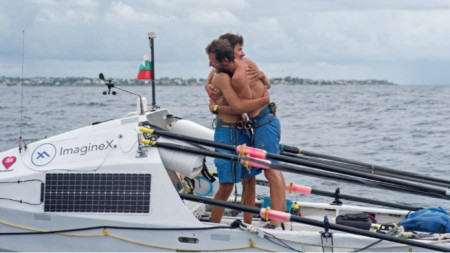 To donate your organs in order to save life when your life ends is one of the highest forms of empathy. You leave a piece of yourself to an unknown person who has been waiting for years for the miracle to happen and receive organ transplant...

The European Green Leaf Award 2021 has been awarded to the Bulgarian town of Gabrovo. The European Commission assessed the investments in energy efficiency and urban development, but also achievements in separate waste collection and campaigns..

To donate your organs in order to save life when your life ends is one of the highest forms of empathy. You leave a piece of yourself to an..

The European Green Leaf Award 2021 has been awarded to the Bulgarian town of Gabrovo. The European Commission assessed the investments in energy..

Bulgaria's Food Agency has authorized the return from Norway to Bulgaria of a chihuahua named Raya, which was threatened with euthanasia due to an..