The specialized prosecutor’s office is investigating the president's secretary on legal affairs Plamen Uzunov for trading in influence.

On 27 December, 2018, Uzunov sent businessman Plamen Bobokov, currently charged with the illegal importing and processing of waste, a court decision which had not yet been signed by the judges of the Supreme Administrative Court. The decision, which concerns the release of the tanker Badr, detained at the Bulgarian port Bourgas, was made public six days later. 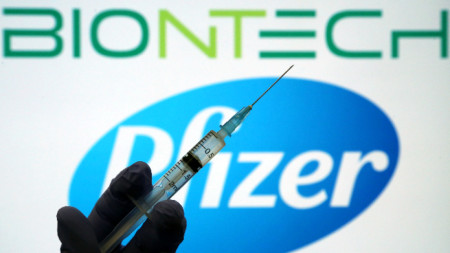 Instead of the initially promised 35,000 doses of the Pfizer/BioNTech vaccines, 18,720 will arrive in Bulgaria, Bogdan Kirilov, executive director of the Medicines Agency, told BNT. He added that at the end of February the originally planned amount..

The date April 4 has been chosen by President Rumen Radev to hold parliamentary elections after extensive consultations, Vice President Iliana Iotova told BNR. The postponement by a week of the date he originally set was made in order to achieve "the..

Bulgaria's Foreign Ministry has started organizing the parliamentary elections abroad so that Bulgarians living outside the country can vote despite the difficult epidemic situation , the press center of the Ministry of Foreign Affairs announced...

At the end of 2020 unemployment in Bulgaria stood at 6 . 7%.  In December the restrictive measures due to the pandemic were already in place. A..