Bulgaria’s National Assembly is to vote the motion of no-confidence against the cabinet on July 21, Tuesday, the MPs decided after two-hour debates in plenary. The protest held in front of the National Assembly building under the motto “Occupation of the National Assembly. Everyone out” is passing peacefully. Traffic on Tsar Osvoboditel Avenue is partially blocked by protesters who are sitting on the lane. No tension errupted between police and protesters. According to information of the Sofia Police, no crossroads and administrative buildings have been blocked so far. One of the metro lines towards the Business Park was blocked, BNR has announced. Protesters blocked for two hours the Palace of Justice in the coastal town of Tsarevo. The Sofia City Art Gallery is to host a photographic exhibition dedicated to the life of the great artist Pablo Picasso. The exhibition will open on December 13. The photos will be on display until February 12, 2023. The photographs were taken by.. 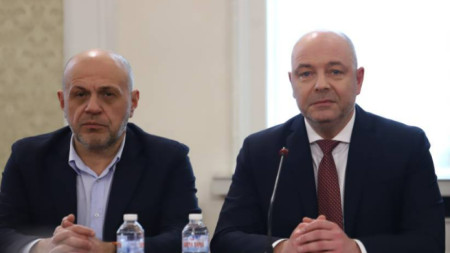 Seeking support for the formation of a government with the first mandate, the nominee of GERB-UDF for Prime Minister Prof. Dr. Nikolay Gabrovsky held his first meetings with "Democratic Bulgaria" and the Bulgarian Socialist Party.  Speaking to the..