Protests calling for the resignation of the government and the chief prosecutor in Bulgaria have a growing response abroad - both among foreign media and the Bulgarian diaspora.

Bulgaria remains in the hearts of all of our compatriots, but many of them do not want to return until a radical change in the country's governance occurs, co-organizers of the protests in the German city of Munich and in the Austrian capital Vienna have told Radio Bulgaria. They have been actively involved in the civic protest and do not plan to give up. A special group has even been formed in the Austrian capital, and Dimitar Mollov is part of it. "The idea of our organization is to show Europe and the world what is actually happening in Bulgaria," he says. “One day wemight have a representative office in Sofia and so it can call on state administration to work on issues important to our compatriots. Our organization is in no way politically committed. We are Bulgarian patriots and everything we do is voluntary."

On Sunday, a third protest of Bulgarians will take place in Vienna and for the second time it will be in the form of a rally on the main street. It will end in front of one of the symbols of the city - St. Stephen's Cathedral. Organizers hope that the protest will become a kind of relay, which will be joined by Bulgarians from other cities around the world.

"So far, Bulgarians from London, Oslo, Cologne, Prague, Berlin, Madrid, Montreal and Vienna have confirmed their support for such an idea. We expect Stuttgart, Munich, as well as cities in Italy and Spain to join our organization. We have a few more days until Sunday for the others to become more active. We plan to go out with a joint petition to the European institutions."

The Sunday protest of Bulgarians in front of the embassy of our country in Berlin has been turning into a tradition. Last week, Bulgarians protested in front of the headquarters of the CDU in the German capital, asking politicians if they were sure of their support for the Bulgarian party GERB.

A second protest by Bulgarians is planned for August 2 in Munich. It will also be a rally and its co-organizer Miroslav Todorov expects about 200 people to join. People from all over Bavaria are invited. Along with the general demands, the Bulgarians in Munich are calling for reforms in the Ministry of Foreign Affairs. "Despite changes over the years, the Ministry of Foreign Affairs is not what it should be for the Bulgarians abroad. We call for civil dialogue and work for opening polling stations wherever they could be opened. We also insist on adequate behavior on the part of the consul generals.” 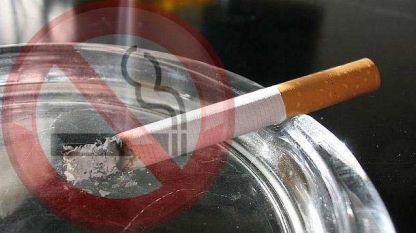 “I think of Bulgaria constantly, because I work in the bus transport sector and every day I am in contact with dozens of Bulgarians travelling from Bulgaria to Czechia. People who are desperate from their lives in Bulgaria arrive here on a..

How is the crisis caused by the spread of coronavirus affecting the economies and the healthcare systems of the countries of Southeastern Europe?..