Four photographers from Burgas have captured the elegance of valuable artifacts in 24 impressive photos presented in a joint exhibition entitled "Inspiration Deultum". Among the artistically photographed archaeological finds one can see a lead mirror from the II-III century AD, bronze figurines from the same period, a ring and a glass bottle from the 2nd century, a 1500-year-old seal and others. The exhibition on the alley of the "Sea Casino" Cultural Center is realized in partnership with the Municipality of Burgas and can be seen until the end of August.

The exhibition presents some of the most significant archaeological discoveries from the ancient and medieval city of Deultum, located on the site of today's village of Debelt near Burgas. This was the only colony of free Roman citizens on the territory of Bulgaria. It is no coincidence that in 2011 Deultum was selected by national electronic voting as one of the wonders of Bulgaria. 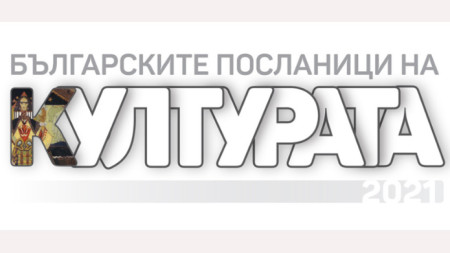 Who are “Bulgaria’s ambassadors of culture”? Who are the men and women of culture presenting Bulgaria to the world? Who are Bulgaria’s musicians, artists, writers, poets, actors, dancers who shape the face of Bulgaria in world culture?.. The Bulgarian premiere of the film "Here I am, Again" will take place on November 29, in the programme of Cinemania 2021 film festival. The film follows Boyan Petrov's attempt to climb Shishapangma, which turned out to be the last peak in the.. There are artists who are not much talked about – and they too do not like to talk about themselves. They prefer that the works created with their mind and hands speak for themselves. Their silence sometimes “raises” its voice..

Who are “Bulgaria’s ambassadors of culture”? Who are the men and women of culture presenting Bulgaria to the world? Who are Bulgaria’s musicians,..