North Macedonia’s progress towards the EU should be bound up with the implementation of the Treaty of Good-neighbourliness, Friendship and Cooperation with North Macedonia, signed in 2017. A memorandum  containing this and other conditions for Bulgaria’s support for North Macedonia’s European integration was sent by Bulgaria to the EU member countries last week. The document evoked different comments in Skopje, and stirred discontent among the members and supporters of the opposition VMRO-DPMNE.

The memorandum points out further that Sofia is demanding that the term “official language of the Republic of North Macedonia” be used in official European documents instead of “Macedonian language”. Bulgaria is also expecting its neighbour to the Southwest not to make any claims for the recognition of a Macedonian minority in Bulgaria. Stress is laid on the fact that it is absolutely unacceptable for the work of the joint commission on historical issues, which has not met in 10 months, to be blocked. One of the big controversial issues the commission came up against which blocked its work, was the figure of revolutionary Gotse Delchev. His name was made use of during the current protests by the VMRO-DPMNE.

In an interview for Radio Bulgaria, Dr. Georgi Georgiev from the Bulgarian Academy of Sciences’ Institute for Historical Studies and a member of the Macedonian Scientific Institute says that Gotse Delchev is a major figure in Bulgarian history that is central to the liberation of the Bulgarians from Macedonia and the region of Edirne. He is also important to our neighbours to the southwest, but for a different reason. Dr. Georgiev:

“Gotse Delchev has been turned into a fundamental myth of the Macedonian political ideology. To them it is very important that he be part of their own narrative and a way to explain history. The condition is that he should in no way be connected with the Bulgarian nation or be called Bulgarian. However historical documents are very clear. What is more Gotse Delchev is one of the best documented individuals in them. The documentary data base includes many Bulgarian collections, as well as documents from foreign diplomatic sources – British, French, Turkish, Greek. And they all describe Gotse Delchev in the same way – as “Bulgarian”, “Bulgarian apostle”, “Bulgarian voivode”. In many different places he describes himself as such.

In this instance, what are the motives for the allegations of the revolutionary’s Macedonian identity? In the words of Dr. Georgiev “literarilly none” but the question is crucial “because of its political, and not scientific poignancy”. Though he is not making any predictions, Dr. Georgiev says he is “moderately pessimistic” about the future work of the joint commission on historical issues between Bulgaria and North Macedonia.

“There is room for such a commission, if for no other reason than because it is helping dialogue. It becomes redundant when this dialogue begins to stall. Gotse Delchev is the first stumbling block. The road can become smooth if Skopje is able to somehow accept the historical truth, backed by documentary evidence, and that truth is that these are Bulgarian heroes and figures from the Bulgarian national-liberation movement, part of the history of the Bulgarian people. What fault is it of Gotse Delchev’s – before politicians and historians in our day – that 100 years ago he described himself as being Bulgarian? That is something that neither we, nor they can escape from. We are not saying anything more than what people in those times said about themselves – that they are Bulgarian. What the Macedonian politicians, historians etc., of today identify themselves as is quite another matter.” 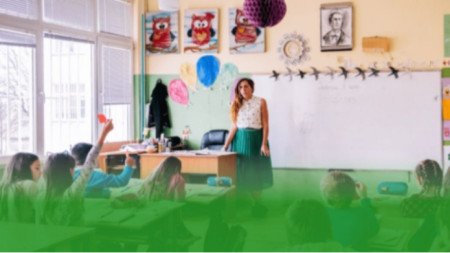