Varna is the second town, outside of Sofia, where the British ambassador to Bulgaria has paid an official visit after presenting his letters of accreditation. Rob Dixon got acquainted with the projects for the development of Varna – the education initiative “Varna - Knowledge City”, the ideas for moving the port infrastructure and socializing the territory freed, the construction of a new industrial zone. Emphasis was laid on the good logistics of the seaside city, as Varna Airport flies to 31 year-round destinations. Ivan Portnih on his part stated that Varna has good contacts with Liverpool, and that a delegation from Varna was acquainted with the model of The Knowledge Quarter there – for promoting innotative industries through the development of education and science.

Ambassador Dixon stated that Varna was a wonderful city and that he understands why so many Brits have chosen it as their home. Mayor Portnih said he was happy there were hundreds of British university students studying in Varna.

The Holy Month of Ramadan begins

More than 650,000 Muslims in Bulgaria welcome the Holy Month of Ramadan, which begins today. Fasting, held from dawn to dusk during Ramadan, is one of the main pillars of Islam and a time of self-examination and religious devotion. Ill people,..

Digital Green Certificate is not a universal pass

"The Digital Green Certificate is not a document that opens all doors," commented for BNR lawyer Maria Petrova, expert in medical law. It contains information on whether a person has been vaccinated against Covid-19, has had Covid-19 and the body has.. 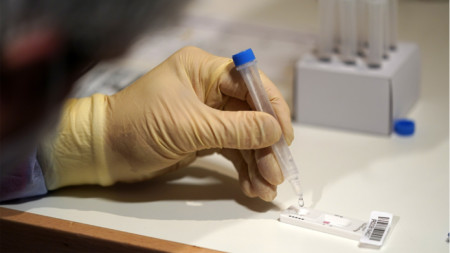 462 new cases of Covid-19 have been confirmed in Bulgaria in the past 24 hours out of 3,658 tests performed, indicate data of the Single Coronavirus Information Portal. Almost 13% of the tests have returned positive result. The highest number of new..

In the first week of April, the British variant of the coronavirus was identified in almost all of the 365 samples submitted to the National Centre for..

Bulgaria’s Central Election Commission (CEC) has officially announced the distribution of the Parliamentary seats among the political forces represented..