For the first time, deaf people in Bulgaria can watch Bulgarian cinema and follow the dialogues of the characters. This is thanks to an initiative that has received widespread support in society. The idea for "Hear Me with Your Heart" was born after a question addressed to Victoria Radoslavova – editor of Bulgarian film "Voevoda" by director Zornitsa Sophia. The question was:

"Does the film have Bulgarian subtitles so that it reaches deaf people, too?"

Then Victoria decided to make the movie accessible to the deaf by embedding Bulgarian subtitles.  4 more popular Bulgarian films followed, which were enthusiastically welcomed by the community of deaf people in our country - "Tilt" by Viktor Chuchkov Jr., "Glory" by Kristina Grozeva and Petar Valchanov, "Directions" by Stefan Komandarev and "Elevation" by Viktor Bozhinov.

Among the deaf who enthusiastically welcomed the initiative is Rositsa Karadzhova. She is an actress, screenwriter and vlogger. She says that her world is silent but she loves cinema and especially Bulgarian cinema:

"However, Bulgarian films do not have subtitles and I do not understand anything. American movies have subtitles. And it turns out that I am better acquainted with their culture and cinema than with ours! "Hear Me with Your Heart" helped many of us to understand Bulgarian films. "Voevoda" was the first movie with Bulgarian subtitles that I watched. And I fell in love with this story! I watched all the time without taking my eyes off the screen and when it was over I couldn't catch my breath! ”

The initiative started on a simple napkin, Victoria Radoslavova says. At first the idea seemed unattainable, but it became the most meaningful thing she had ever done:

"We started with 5 films, as their authors allowed us to screen them for free in a cinema. Deaf people are very special audience, because they really absorb art. Hear Me with Your Heart has sparked a battle for equality and is a cause that also aims at making those who hear finally begin to understand the world of the deaf," says Victoria.

The beginning was in January when the first subtitled films were presented at the Cinema House in Sofia and greeted with undisguised emotion by the audience. Currently, deaf people in Bulgaria also have access to 40 Bulgarian short films. The national photography competition entitled “Favorite places on the map of Bulgaria” is held for the first time. Each participant can show and promote their favorite places in Bulgaria by sharing author’s photos related to various landmarks:.. 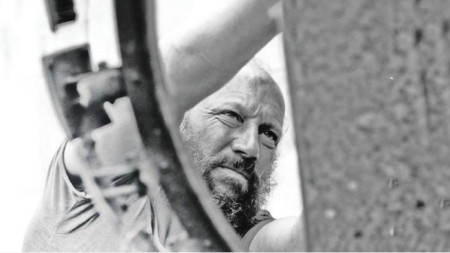 A biography book dedicated to the work of sculptor Georgi Chapkanov-Chapa, who is the author of the statue-symbol of the city of Sofia, has served as an inspiration for the route of a virtual tour of the capital. Within 60 minutes,.. 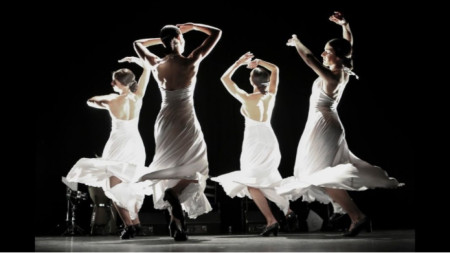 The 28th edition of the Varna Summer International Theatre Festival 2020 kicks off today and will run until December 6th . The festival which was supposed to run from June 28 was postponed due to the pandemic. The festival will be held entirely online..

The national photography competition entitled “Favorite places on the map of Bulgaria” is held for the first time. Each participant can show and promote..

A biography book dedicated to the work of sculptor Georgi Chapkanov-Chapa, who is the author of the statue-symbol of the city of Sofia, has..