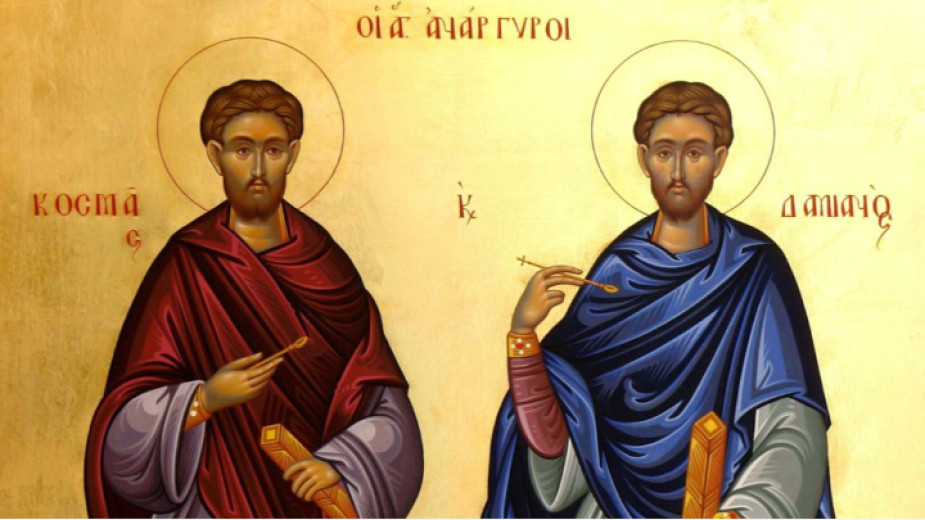 The Bulgarian Orthodox Church honors today the memory of Unmercenary Physicians Saints Cosmas and Damian. The twin brothers and early Christian martyrs were educated in Syria and became distinguished physicians in Cilicia where their charity converted many to Christianity.

The two physicians received no payment for their services. That is why they were named “the silverless ones” or unmercenaries.