Green restart and prospects for a sustainable future of Bulgaria The recovery and development plan, presented at the end of last month by Bulgaria’s Deputy Prime Minister Tomislav Donchev, put on the agenda a number of issues related to the development of various aspects of the Bulgarian economy in the coming years. In various discussions, representatives of various NGOs presented their ideas on development prospects and made proposals on how to make the most of the country's 750-billion-euro EU budget to deal with the crisis.

"Unfortunately, the government's draft plan needs significant revision in order to meet its goals," says prominent businesswoman and IT industry leader Sasha Bezuhanova. "We have already proposed a system of measures to not only meet the challenges of the Covid-19 crisis, but also to ensure the transformation of our economy towards green, energy-efficient and life-oriented policies between the virtual and real world."

According to her, the transition from an industrial to a new type of economy based on automation and knowledge is already under way. Therefore, investment should not be limited to building new industrial zones only. This dooms the state to remain at the lowest stage of the production process, which is becoming increasingly digital, and artificial intelligence is playing an increasingly important role in it.

The transformation of the economy must be to one with a greater added value, which is not an easy task, says Momchil Vassilev, CEO of a company part of a global network to support start-ups.

"This is a problem not only for Bulgaria, but for the whole of Europe. This plan is part of the resource base we work with, including our gross domestic product, EU funds, etc. In this sense, the plan cannot be the magic cure to solve all the problems we will face in the near future.”

Vassilev believes that the role of the state in this process should be limited only to creating a favourable environment for the realization of the goals set by the private sector. If its role had been more active, much of the funds allocated to infrastructure could have been redirected to other promising areas. Such could be the provision of a greener and more environmentally friendly economy.

"Bulgaria has a very inefficient economy in terms of the resources it consumes”, Momchil Vassilev says, summarizing the current situation. “So, when we talk about environmental protection, we need to look at business models with greater efficiency and added value. We could achieve this with a transition to digitalization and a new type of economy. On the other hand, we cannot afford to be the "plant of Europe" because we do not have the demographic potential to do so, nor will we find a solution to the problems related to human well-being and the state of the environment in Bulgaria. "

The resource that Bulgaria will receive as part of the recovery and development plan should be directed to end products suitable for export, bearing the marks of intellectual property in the economy. In this regard, Bulgarian companies can focus on product development that will help solve the serious problem of using a product for as long as possible. The founder of the European Network for Political Incubators Teodor Kalpakchiev believes that a possible solution could be the innovative products made of biodegradable plastic. The coronavirus pandemic has deepened economic disparities between Sofia and other Bulgarian regions. It has also resulted in higher unemployment in 2020. According to the annual report of the Institute for Market Economics on the development.. 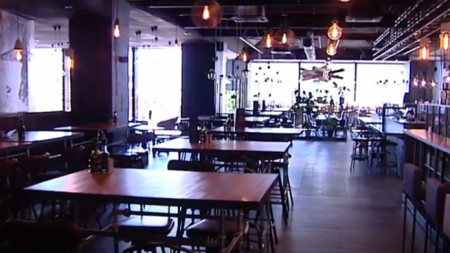 The Covid-19 pandemic and anti-epidemic measures, which have been part of our daily lives for a year now, have had an extremely negative impact on a number of sectors. The revival of some of the industries during the summer was too short and was.. Employers present their expectations for 2021

Bulgaria's accession to the Organization for Economic Cooperation and Development, the Schengen area and the Eurozone is a priority of the Association of Bulgarian Employers' Organizations for 2021. At a general press conference, the.. The coronavirus pandemic has deepened economic disparities between Sofia and other Bulgarian regions. It has also resulted in higher unemployment in..

The Covid-19 pandemic and anti-epidemic measures, which have been part of our daily lives for a year now, have had an extremely negative impact on..